One may think that on a website called â€œLivingAfterWLSâ€ you would never read about conventional dieting: losing weight the old fashioned way by eating less and exercising more. One would think WLS proponents would say, â€œIt canâ€™t be done. The only way to lose massive weight is with surgery.â€ We should shake our heads with all-knowing smugness and think, â€œWell, it wonâ€™t be long and she, too, will be on the surgical table.â€

But I donâ€™t think that is fair. Who among us, in the first two difficult post-op years hasnâ€™t questioned, â€œWas this really my last hope? Was this the only way to become healthy by losing weight?â€ Iâ€™ve questioned myself dozens of times, â€œKaye, did you really give it your all before you had surgery?â€ I donâ€™t know the answer.

One extraordinary LivingAfterWLS community member, Kelly McCamey was jumping through the pre-surgical hoops early this summer. During the approval process she asked herself, â€œ"Did you really give it your all, Kelly? Or are you escaping and doing this because you are weak?" Told she had severe sleep apnea she was denied surgery unless she submitted to using a machine to aid her breathing while she slept. At 5â€™2â€ and 287 pounds Kelly, 37, had a BMI of 52.5. Kelly was in trouble, but refused the machine. By refusing the machine she was denied surgery.

â€œI was determined now that I "had" to do this on my own, I had to quit playing and work out, watch my calories and stop the pity I had (for myself) because I was so big. I thought that if I gave myself this one last chance, I would really do it; before altering my life with gastric bypass surgery.â€

Recalling years of obesity Kelly said, â€œI was always too afraid to go to the doctor for fear they would put me on the scale. I did not take care of my health because I was ashamed to talk about my weight condition. I used to think nobody saw it; that I had everyone fooled. Not so! Fat is fat, no matter how you view it. So, it was at this point that I realized I had to do something fast for my own health.â€ Kelly faced reality saying, â€œI am a 37-year-old female who is very overweight.â€

Kelly joined the a nationally known weight loss program on July 11, 2005. â€œI met with a very nice representative named Sophia. It was at that point I realized how miserable I really was. As Sophia took my picture I saw my own face with the sickness that I have never seen before. I looked so unhealthy. I never believed I looked so unhealthy. But, I know I owed this to myself, I have always put others first, hid from the mirrors, hid behind the home and never wanted to do anything. I was always the first one to say, "No, I can't go, I have something to do". But that was so far from the truth.â€

The weight loss program she joined has Kelly on a strict 1500 calorie a day diet, and her daily routine includes exercise, something she didnâ€™t enjoy before. She checks in on Monday evenings with her counselor Sophia. At her 5-week weigh-in she was down 21 pounds and feeling fabulous. That 21-pound weight loss dropped her BMI to 48.6.

â€œI feel so good, I can't begin to tell you! I went to a softball game Thursday and I didn't have to turn sideways to go through the turn styles! To me that was great! I would normally hide at home and sulk, but this time I went out with pride, even though I have a long way to go, I am really giving it my all.â€

Look how far Kelly has come in just five weeks. I am personally awed and inspired by Kelly for her gutsy determination to lose weight the old fashioned way when all she really had to do was submit to the nighttime breathing machine and then have gastric bypass.

Kelly acknowledges that losing weight is never easy. â€œI am more pumped than anything, and I have come to the conclusion this is my way of life. I will always be that pretty girl that wants to come out, but not accepted by society as an overweight 37-year-old. I have been miserable and lonely because of my weight.â€

Kelly wonâ€™t have to be miserable in her own body much longer. She is on the right track to understanding what it takes to become healthier and happier by achieving a healthy weight. Kelly understands vigilance to eating and exercise is her new way of life. Kelly has agreed to share with LivingAfterWLS her story as she strives, just like the rest of us, to become a healthy weight in a world that makes it so easy to be fat. I know she is going to do just fine. 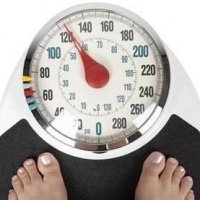 DON'T MISS
Six Simple Steps to Boost Your Metabolism for Weight Loss
How To Reduce Obesity And Get Your Body In Shape
Fat Burning Furnace - Fast Working Workouts and The Hidden Secrets of Cardio!
Weight Loss Tips - Choosing The Best For You
Burn the Fat Feed The Muscle - is Scam?
Fat Loss Diet Programs Do Not Work, But Why?
Paleo Recipe Essentials
Is Low-Carb Really The Way To Go?
What You Need To Know About The HCG Diet
How to Succeed With Your Diet

How to Cheat on Your Dietand Still Lose Weight