Maybe you even watched Oprah a few years ago when Dr. Perricone said that switching your coffee for green tea would help you take off the pounds.

You may have also read or watched countless news stories which say how healthy it is to drink green tea.

The odds are good that if you're interested in improving your health and losing fat, you probably either drink tea, take a green tea supplement or you've at least thought about it.

But what if I told you that most of the fat reducing claims for green tea were absolute, total BS, based on misinterpretation or deliberate misreporting of the research?

Unfortunately, it's true. If you've bought green tea based on the claim that it causes large reductions in body fat, then you have been scammed.

Here are the facts:

Green tea DOES stimulate your metabolism.

However, the research is very unclear about what kind of impact this small, short term increase in metabolism will have on your bodyweight in the long term.

In the most often quoted study (Dulloo, 1999), A swiss research team found that 270 mg of green tea extract 3X a day increased metabolic rate by the equivalent of about 79 calories on average and increased the oxidation of fat as the fuel source.

What advertisements quoting this study don't tell you is that this and other similar studies did not even measure long term change in body fat percentage or bodyweight. They only measured a 24- hour increase in energy expenditure.

One study which is used as marketing ammunition to claim that wu long tea burns 2.5 times more fat than green tea was based only on a 120-minute increase in energy expenditure! (reminds me of that Mark Twain quote: "There are lies, damned lies, and then there are statistics.")

Numerous follow up studies have confirmed the short term increase in metabolism, but the studies are mixed on whether green tea improves weight reduction or maintenance in the long term.

The research IS compelling, but not conclusive.

As for ad claims that say you'll lose a lot of weight just from drinking green teaâ€¦ absolute BS! Hopefully the Federal Trade Commission will catch up with these scammers sooner rather than later, as the marketing messages on the Internet are getting louder and bolder every day.

As for health benefits - green tea is certainly a champ. It's high in antioxidants and there are more than 2,000 research citations about potential health benefits of green tea (not to mention a 5,000 year history of use in China and the far east).

Even if you're a skeptic, green tea is hard not to like and it's hard to dispute that it's a good idea to add green tea to your nutrition program as one part of a well-balanced fitness lifestyle.

But when it comes to claims for large and rapid losses in bodyweight and bodyfat, (especially the wu long tea ads that are currently all over the internet), buyer beware.

The science we do have says that the thermogenic effect of green tea - while very real - is also very small. 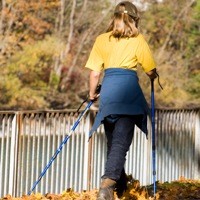 Unexplained Weight Gain: Could Leaky Gut Be The Cause?