8/17 17:17:46
Many of us think back fondly to times we cannot possibly remember ?times and places when voluptuous, even hefty, women were glorified, when a few extra pounds was a sign of beauty rather than a problem to be dealt with . It is a fact that, even today, there are some societies that have quite a different idea about weight gain than we do ?especially for women. And there are quite a few reasons why this sort of thinking might not actually be misguided. For a start, women with a few extra pounds ?not obese, mind you, just with some meat on their bones ?are more fertile than very thin women. Also, a very thin woman might not be able, in a traditional society, to feed her child adequately. Because human ideas of attractiveness follow necessity, it抯 natural that very thin women would not have been considered the most desirable in traditional societies. In fact, it抯 only in a society full of excess, such as ours, that thinness becomes the desired goal.

On the other hand, it抯 also true that few if any traditional societies had the problem with weight that we do. That抯 because the food we eat today ?while less nutritious than the food our predecessors ate ?is also far more plentiful. To put yourself back in the mindset ?and the body type ?that typified our ancestors, try following a traditional diet.

It takes a bit of willpower ?more than just a bit, actually. But not because you are about to starve yourself or cut out whole food groups. On the contrary ?the traditional meals that you will eat are hearty and satisfying. Where the will power comes in, though, is in ignoring most if not all of the food messages that are coming at you through advertising and from the packaged foods in your grocery store. The basic idea is to ignore anything that has a brand name on it. Of course, that抯 easier said than done.

So what do you eat, then? Well, if you choose to follow the Medieval Peasant Diet, for example, what you do is to pick a staple food and stick to it, more or less day in and day out. On special occasions, you can vary from your staple diet ?for example, you can enjoy a restaurant meal now and then, say once a month or so ?but for the most part, you stick to your staple diet.

A medieval peasant in Europe would have lived, for the most part, on a type of stew or porridge whose main ingredient was beans or peas. A pot of this stew was kept on the back of the stove at all times, and added to as needed. The main ingredients of the stew never varied, but sometimes bits of meat of vegetables in season would be added.

And basically, that was it. The medieval peasant would typically eat just one main meal a day, and that would consist of ample helpings of the stew, along with some bread and ale. At other times of the day, people might eat a piece of bread and a mug of ale, or maybe some fruit when it was in season. And once in a while, like on a special feast day or holy day (which occurred rather frequently in Medieval Europe ?once or twice a month at least) people would eat ?and drink ?more than that. There might be roasts of meat, for example, or cakes. But these things were not a part of the day-to-day diet.

On the one hand, the Medieval Peasant Diet would probably not pass muster with today抯 nutritionists. It seems a bit low on certain nutrients, such as vitamins that come from fruits and vegetables. We should remember that today抯 soil is very depleted compared to soil in the middle ages, so we probably need to eat more fruits and vegetables than they did. That抯 something to keep in mind if you want to follow this diet for the long term.

On the other hand, keep in mind that this sort of diet ?with local variations ?sustained humankind for the vast majority of their history. With the exception of nobility (who, incidentally, were the only people susceptible to modern diseases such as obesity, heart disease, and tooth decay until very recently) this diet kept people healthy ?and slim ?for millennia.
Men Lose WeightWomen Lose WeightWeight Loss ArticlesLow CarbAbout TipsWeight Loss Management
Related Articles 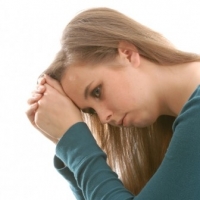 DON'T MISS
Weight Loss Guide For You To Be Guided
Master Cleanse Secrets Review - Will This 10 Day Diet Will Help You Skyrocket Body Fat Loss?
Easy strategies to shed extra calories.
The Every Other Day Diet - Quick and Easy Diets for Long Term Weight Loss!
Weight Loss Clinics in Phoenix / Weight Loss Clinics Houston
The Fat Burning Furnace - Best Weight Loss Method If You Hate Working Out A Lot!
How Can Calotren Supplement Give A Healthy Body?
All that you need to understand about quick weight loss diets
Download Fat Burning Furnace For Free
Green Tea and Weightloss

6 Proven Ways to Lose the Weight for Good