I first discovered it was possible to gain muscle and burn fat simultaneously through my own personal workouts in my early twenties. I found the key factors allowing me to build mass while burning body fat was to focus on fat loss nutrition (i.e. reduced sugar, increased fiber, and more whole, natural foods) while increasing the intensity of my workouts (i.e. heavier resistance training and more interval training).

A year after I first discovered it possible, I became the lead strength coach in a research study examining the effects of protein and creating on resistance training in young men. Several subjects decreased their body fat percentage while increasing muscle mass. But don't think that only young men are able to build muscle and burn fat at the same time. Even men and women in their 60's can do this. So baby boomers can get lean and sculpt their muscles at the same time.

The study was completed at Purdue University and published in 2007. The researchers assigned men and women to a 3 day per week workout schedule, where subjects would complete a resistance training circuit. The workout program wasn't the best, but the results showed these men and women were able to gain an average of 4 pounds of muscle and lose 4 pounds of fat in only 12 weeks. As a result, their bodyweight didn't change, because they gained the same amount of muscle as they lost in fat. The results were a powerful reminder that men and women - of any age - can lose fat and gain muscle at the same time.

If your goal is to sculpt your body, you need to do three things. The first is to follow the lead of these research subjects and incorporate intense resistance training into your workout program three times per week. Stick to multi-muscle exercises and lift with intensity. You don't have to do 4-5 exercises per body part. Instead, stick to just a few basic, compound exercises in each workout, and you'll be done the resistance training portion of the workout in just 20 minutes.

This alone will help you build muscle and lose fat. Many scientists refused to believe that resistance training helped with weight loss, but no matter how many times the scientists denied it, study after study, as well as with thousands of examples of real-word case studies showed that resistance training is a powerful way to lose fat. You don't have to do slow, boring cardio every day to change your body. If you want to lose fat and build muscle, then stick to resistance training and interval training combined with a fat loss diet. That is the fastest way to get fat burning results and lose inches from your body.
Men Lose WeightWomen Lose WeightWeight Loss ArticlesLow CarbAbout TipsWeight Loss Management
Related Articles 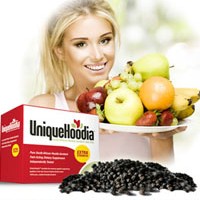 DON'T MISS
Why 90% Of Slimmers Regain Their Weight
Dieting is Timing
Lose Body fat | Lose Body Fat with this Powerful Herbs
The Diet Solution Program Complaints
Propylene Oxide
The Diet Solution Program Books ????
4 Reasons You Might Not Be Losing Weight
The good Advantages Of Pure forskolin
How To Lose The Last 10 Pounds
How To Lose 2 Pounds In 2 Days And steer clear of A costly Blunder

Will Lifting Weights Help Me Lose Weight ? For The Women