The diet plan following a bariatric Lap-Band surgical procedure is important to losing and keeping the weight off. For the first few days, only a clear liquid diet is allowed while your stomach adjusts to the procedure. For the first three months, liquids with caffeine in it (such as coffee and tea) are not allowed, and carbonated drinks (such as soda) is never allowed during the entire time the band is inserted. The carbonation could cause the stomach to swell and increase in size, which is contradictory to what the band is trying to do (which is to decrease the amount the stomach can take in and hold).
Following the first few days of surgery, different kinds of liquids and soups can be introduced into the diet, such as protein shakes and baby food. This will be your diet for about a month. It is very important that you get enough protein, so several protein shakes a day are necessary. You will need to consume about 2 ounces of a protein shake every hour during the day along with two ounces of other kinds of liquids about 3 times a day. You must take small portions almost constantly to keep from getting malnourished. Your newly banded stomach will not be able to hold very much at one time (usually only about 6 ounces at the most).
After about another month of drinking liquids and soups, (about a month being about 5-6 weeks), you will be ready to eat shredded food (food that has been through a food processor). At this point, you will be able to eat just about any type of food as long as it isn’t starchy. Starchy foods are foods such as bread and potatoes, and other starchy vegetables. It will be harder to lose weight and to keep the weight off with those foods in your diet. 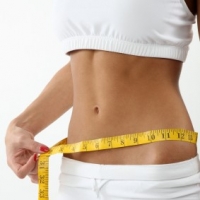 DON'T MISS
Simple Methods To Get Extra Protein In Your Weight-reduction plan
How To Raise Your Metabolic Rate With This Rapid Fat Loss Plan! - Fat Burning Program
Top 5 Fat Burning Exercises
Christmas diet plan
Asian Fat Burning Secrets
Use the Power of Yoga to Stay Healthy
Breakfast and its Impact to your Excess weight
Stemulite Fitness Formula For Men And Women
The Diet For A New America
The dangerous fast weight loss diets