Danny Russo Puts His Honey Where His Mouth Is

Fitness evangelist Danny Russo is willing to put his money where his mouth is. How many men, besides Danny, would encourage their wives to just “let themselves go?” Russo, the fat loss legend who has inspired thousands of women to get thinner, stronger and feel better, advised his own wife, Janet Russo, to do the unthinkable. He told her to “Eat what you want, don’t bother to exercise, and while you’re at it, go ahead and gain a half-a-hundred pounds (50 lbs).” If there is such a thing as fitness and weight loss blasphemy, Danny Russo may have committed it. With his own wife!

As it turns out, Danny was encouraging a little litmus test cooked up by Janet, who as a registered nurse, nutritionist and co-designer of Danny’s FEW (Food Exercise & Water) women’s fitness program, is something of a health heavyweight herself. At the time, Janet was experiencing menopause, one of the biggest battles Danny Russo’s FEW program is designed to help women fight and win. Instead of following the advice she dispensed to thousands of women suffering from menopause for over 15 years, Janet decided to ignore it. She allowed her own dreaded “hormone hoedown” to go down unabated. Janet gained a hefty 53 lbs., felt unenergetic, moody, and pretty much plain awful. But why would a self-described “gym rat” agree to become a lab rat? Simple: to prove the FEW women’s fitness program she and Danny had been preaching all these years really works. It was gut-up or shut-up time.

The result? Results! Only three months after getting back on the FEW program, monitoring her pH levels daily and combining a formula of Danny Russo supplements with a low sodium diet, Janet returned to her svelte self. Her “Before and After” photos could now be tacked on the wall beside the thousands of women who have given their menopause a good old fashioned beat-down simply by following the FEW regimen.

But Janet’s willingness to take one for the team by eating ice cream only proved what she and Danny already knew: the FEW fat loss program the Russos have been dishing out at hundreds of fitness seminars all across America is the real deal. Danny and Janet Russo have taken direct aim at women’s weight challenges in a way unmatched by any fad diet or celebrity-endorsed program. Whether it’s baby weight, water weight, or just not feeling great due to hormones, the Russos’ FEW program is designed to conquer it all. And, Janet Russo now serves as the program’s true testament to triumph. Blasphemy forgiven.

Janet Russo, FEW Program Support Manager, was not harmed in the writing of this article. Working with women side by side for fifteen years, Janet provides the menu and food suggestions used in Danny Russo’s “Launch the New You” fat loss seminars currently touring America. 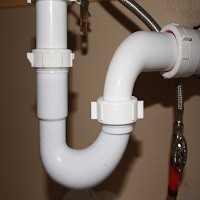 How Does The South Beach Diet Work?

Swap Your Way Slim at Every Meal