Many people all over the world do their best to lose weight. Some take the way of exercise, others depend on diet and others depend on both exercise and diet. It can also cost money if they decided to use a weight loss supplement. But once they achieve their goal another problem appear, they still have a layer of fat on the belly and lovehandels which they can’t lose with exercise and/or diet. Some of them even think of having an invasive surgery to get rid of that stubborn fat, but do you that it is a lot easier with Cryolipolysis?

Cryolipolysis means killing fat cells by cooling them. Cryo means cooling something and lipolysis is the process of death of fat cells. It has another name which is CoolSculpting. It works by exposing the fat cells to a temperature just above freezing which leads to death of the fat cells slowly and controlled. Then the blood sends inflammatory cells to digest the fat cells which died. So the fat layer below the skin becomes thin after using this non-invasive method called cryolipolysis.

Cryolipolysis is better than other methods that use heat to get rid of fat in few things, one of them is that other methods that use heat can affect other organs not just the fat cells while Cryolipolysis cools the fat cells to the degree that affects only fat cells and not other organs. Another thing that makes this method different is that this method is easier to control so you just get rid of the amount you want as of course you don’t need to remove all fat or it will harm you. One thing that still not studied well is whether this method should be repeated to maintain the results achieved or not.

Another good thing about this method is that is has very little side effects. Side effects include numbness and redness but within about four weeks this disappears. It is not proved that this method can cause dangerous side effects and harm the patient. It is similar to what happen when you hold ice in your hand for few minute; you will notice redness and numbness and may be bruising if you hold it for long time.

Of course you should talk to your doctor before you use this method and understand the risks and the results you should expect to get after what time. If you suffer from any health problem you should mention it to your doctor.

As mentioned before this method is for people who already did their best to lose extra weight and achieved their goal but they still have a layer of fat that they can’t get rid of no matter what they did. This method is not for those who have a thick layer fat on the belly or buttocks or whatever, for those people exercise and diet will give much better and faster results then they can use Cryolipolysis if they needed to.

After the procedure you should follow a good healthy diet and do some exercise regularly or you will gain weight again and start from the beginning. Don’t waste your hard effort and hard earned money but simply surrendering to your desire to eat or being lazy and not exercising regularly.

African Mango Diet is one of the pills that can make your results better, it can be found in the market under the name of African Mango plus. 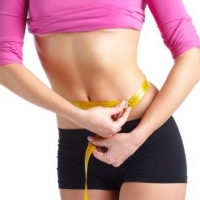 DON'T MISS
Discover The Best Way To Burn Fat Fast And Get In Great Shape
Will You Minimize one thousand Calorie a Day - Fat loss Issue
Have A Big Stomach? 3 Simple Tips To Quickly Reduce The Size Of Your Belly
Dont Just Buy Any Weight Loss Diet Pill
EFT for Weight Loss - How to Stop Eating from Fear of Not Getting Your Share
The Weight Loss Cure
What is a Cellulite Treatment Center?
Ways To Lose Weight In 2 Days
Low Fat Diet Plan â€“ The Dangers of Low Fat Diet Plan!
5 Signals That Your Weight Loss Plan Is All Wrong

A Slackers Guide to Losing Weight Without Trying