Why Is It So Difficult To Stick To Your Diet Plan? 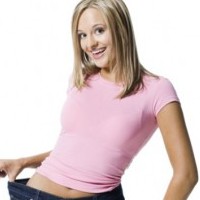 Why do so many people start a diet program and somewhere down the road they lose their interest or their commitment to lose weight?

I think that happens because they didn’t really have the commitment in the first place. That’s exactly what happened to me a number of times.

I struggled with my weight most of my adult life. Through constant sacrifice, denying myself of so many “goodies” I wanted to eat like everybody else; I managed to keep my weight at an acceptable level. I did this for years.

Then finally, somewhere in my middle age years, I totally “lost it.” I had reached the end of my rope about food denial. I started eating anything I wanted to. I still tried not to over eat, but I didn’t care about the type of food I consumed.

Naturally, as time passed, the predictable happened, and I found myself grossly overweight. My Dr. had been telling me this for years, but I didn’t care. I was done sacrificing.

Unexpected circumstances resulted in having to go to another Dr. He started me out with the usual complete physical. When the results of my physical were in, I had another office visit with my new Dr.

He was quite blunt, and told me that I was obese, and because of it, I was a walking heart attack, or stroke victim. My blood pressure was too high, and so was my cholesterol. In short, do something about those two items, or suffer the consequences.

I went home in a daze. I couldn’t stop thinking about my Dr.’s words.

I had recently quite by accident, run into an eating plan that promised guaranteed weight loss. The basic concept was to eat five to six small meals a day.

I had originally dismissed it as hype and another empty promise. But after the results of my physical exam, I was compelled to go back and re-evaluate this concept.

Could this be the answer I had been looking for?

I started this eating plan with blind faith that it was going to work. After a week I was encouraged to find that I had actually lost about three or four pounds.

However, by now I knew enough about how my body works to realize that this was mostly a reduction in water content in my system. But I was still encouraged because my eating plan predicted that this would happen.

So I kept at it, and the fat magically melted away. It was so awesome to see the shape of my body change as my weight decreased. I was like a man possessed. I had to continue till I achieve my goal.

But here’s an interesting thing that happened. Altogether, I lost 75 to 80 pounds in slightly less than six months. I had to come back once a month to the Dr.’s office to get my blood pressure checked.

Finally, around the fifth month of my weight loss journey, one of the nurses came up to me and asked what I was doing to lose so much weight. “You look like a different person compared to when you first came here.”

She told me that her daughter had been trying for some time to lose weight by going to the gym after college classes. But no matter how hard she worked out, she was not getting the results she wanted.

So I described what I was doing, and told her that I would have gotten better results if I could do some moderate, but regular exercise.

Her daughter decided to try my plan, along with her gym workouts.

The nurse would not tell me how much weight her daughter had lost, but I understood it was a considerable amount. Obviously she wanted to maintain her daughter’s privacy, so I dropped it.

Here was a case that showed that you can’t lose a lot weight with exercise alone. But the combination of the right eating plan and moderate, but regular exercise are dynamite!

With this approach, you too can succeed in reaching your weight goal. 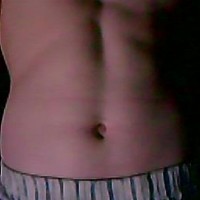 Lose Fat Around My Neck