Bree Boyce: From Self Deprecating Comedy To Health And Fitness And More 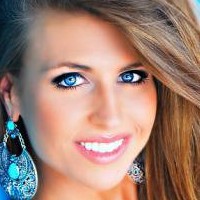 South Carolina's obesity rate is 31%. No one knows that better than the current Miss South Carolina, Bree Boyce, a formerly obese teen who has, in the words of the old advertisement, come a long way, baby. From the girl that could not finish a mile in her high school gym classes comes the announcement that she will be training for a marathong, but first she has something else that she needs to finish first. Bree Boyce, the girl who hid behind baggy tee shirts and jeans and made jokes about herself to hide her pain will be representing her state in the Miss America patient in Las Vegas.

When Boyce was in high school, she did everything she could to avoid being photographed. A member of the pep squad, she was well liked but remained self conscious about her weight. She would try the latest diet craze in hopes of losing a few pounds, only to fail miserably and return to her old, bad eating habits and sedentary life. By seventeen, she was seeking medical advice for an ongoing knee problem. That doctor told her point blank that her knee pain was directly caused by her weight and that it just had to come off. Bree made the decision to be sensible and do something that was not going to be a quick fix, but rather a change in her entire life.

Bree's first goal, she decided would be to lose a small amount of weight per month, trying for five pound that first month. She would also start exercising, starting off with all that she could handle: a walk around the block. But, as she gained fitness and lost weight, she was able to do more and more, eventually joining a gym where she found Zumba dance classes and took up jogging.

In her senior year, an adviser suggested that she participate in the Miss West Florence contest. Boyce was reluctant at first, her weight had dropped but not dramatically. Still she agreed to do it and would beat nearly forty other girls in that pageant. After graduation, she enrolled in the Francis Marion University to study theater but continued to particpate in local beauty pageants on the side. Five years ago, Bree Boyce, the obese teen who could not finish a single mile in eleven minutes dreamed of losing enough weight to be healthy. Now, over one hundred pounds lighter, she has been crowned Miss South Carolina. She plans to discuss healthy and sensible weight loss, not trying to be stick figure thin, but healthy and active. And, she plans to run a marathon, not bad for a girl that hated gym class. 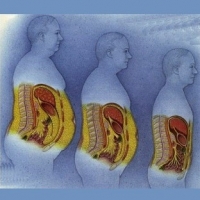 DON'T MISS
Hormones And Weight Gain – What To Do About Them
How To Loose Weight Quickly
Increase Your Water Intake To Reduce Weight
Fat Loss 4 Idiots - A Weight Loss Guide
What Are The Best Natural Hunger Suppressants?
How Do You Lose Weight - A Breakthrough In Losing Weight
Zumba Calories - What number of Calories Can A Zumba Workout Melt away?
Ayurvedic Medicine for Weight Loss
Burning Fats Fast With the Cabbage Soup Diet
Decrease Belly Fat in 3-4 Weeks - A Proven Diet to Quickly & Naturally Shrink Belly Fat Fast!

Leptin, Why It’s The Most Important Hormone