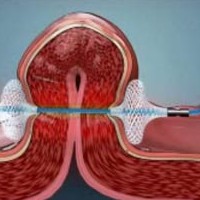 That lives are saved by the various types of gastric bypass and bariatric surgeries is not up for debate. However, a new surgery, one meant to treat the people who are being called "pre-obese"is causing some major concerns. The surgery, called Primary Obesity Surgery, Edoluminal or POSE, is being called a pricey alternative to dieting and exercise for the people who need to lose twenty five to seventy five pounds. Done under full anesthesia, POSE surgery does not involve incisions at all with the surgeon going through the patient's mouth instead.

One of the major differences between POSE and more traditional bariatric surgeries is the ability to continue eating regular foods. With some, such as gastric bypass, certain foods are not broken down by the new, smaller stomach and can cause problems like vomiting, sweating and diarrhea. With POSE, those foods, which include sweets or highly greasy foods, can be eaten but in smaller amounts.

Critics worry that the new surgery is being used as a quick fix for people who do not want to put the work into changing their lifestyles or make better eating choices. Gastric bypass patients must carefully monitor their diets, including eating only certain foods and certain amounts while POSE patients are able to eat the same poor foods that they were eating before.

In addition, critics point out that the surgery is untested. Dr Tom Lavin, a bariatric surgeon from New Orleans first did the surgery in 2009 with nine patients. Word of mouth advertising has increased the number of patients to ninety patients with thirty to forty people asking about the process each month.

Risks involved with the surgery are real- something that many of the people seem willing to overlook. Just the fact that the surgery uses general anesthesia makes it a potential health danger but the anchor staples that are used could also present a major, long term problem as well. Some of the risks might not present themselves until years later- just like what happened with other types of weight loss surgery when they were first introduced.

The cost of the surgery, just over eleven thousand dollars, is steep but for people who are unable to lose their stubborn pounds, may be completely worth it. Others doctors are now performing the POSE surgery with a possible fourth to do so as well. Some surgeons may start offering this surgery after it has been tested further in terms of long lasting success and safety 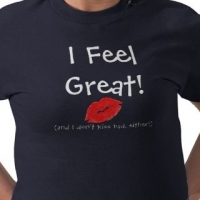 DON'T MISS
Extreme Fat Loss Diet - Burn Inches of Fat Off & Drop 10 Pounds in Less Than 2 Weeks With This Diet!
What Is The Best Diet For Quick Weight Loss - The best way to burn fat at home
Significance of Nutrients in Healthcare Supplements like DMZ supplement
Mixed Opinions of Grapefruit Juice Diet Results
Acne No More Amazon
Proactol - Proven Alternative To Prescription Weight Loss Pills
Lack Of Protein In The Diet
Discover The Profound Benefits Of Chinese Weight Loss Tea
Lose 40 Pounds In 40 Days - Secrets To Quick Weight Loss
Weight Loss Tip #4 Protecting Your Spine and Lower Back While You Lose Weight