Health As Nature Means It! 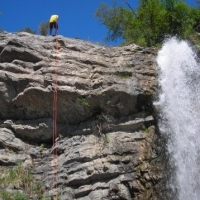 Recently I have been quite a bit into nutrition, much more than before in my life. Maybe because my wife is in this program where they are developing a new workout machine and she goes under intense exercises and DIET.

I also watched a few movies on health and foods, about good and bad foods for the body, and it then burned a new desire within me.

I had always been healthy most of my life, except I had pneumonia when I was ten years old. I was in bed for a month, I couldn't walk much or I couldn't breath anymore. This only helped me eat better and try to be healthier and avoid certain things. Among those was smoking and drinking as a primary way to keep myself healthy.

Over the years I came to learn that as I payed more attention to what I ate it helped me overall. I could simply tell the difference of how I felt when I ate something good as compared to when I ate something bad. I didn't have to be a doctor or scientist to tell, it was interesting. I felt as if my body was talking to me, telling me what is good and what is bad.

Also weirdly enough, I would have cravings for things like: edamame, garlic cooked foods, certain grains and the list went on.

You know, my grandma died of diabetes. It became my concern not too long after that perhaps I might have it in my DNA or something. I would get the shakes in odd times but mostly when I was really hungry. I was told that perhaps I milder symptoms of Hypoglycemia or something of that sort. It was then that I started to pay more attention to what I ate.

Then I looked back into my life to see what I ate as I grew up: sodas, fast foods, chips with a mixture of: rice, beans, salads, juices and other a lot healthier foods. As I began to learn about the ingredients contained in what I usually ate, I was shocked!

Basically I ate whatever I wanted and whenever I felt like it. Are you one of those?

Results, my whole life I had been just a few pounds over the normal. No six pack or anything like ever came out of this body.

To emphasize this I had a pretty interesting experience.

During my senior year in high school I joined the basketball team. Being 6'5'' they quickly went after me. That year included the following schedule:

So I had about five to six hours a day of exercise, and I'm talking about exercise that made me drip in sweat. I had never had anything so intense in my life until then. It was five days of the week and sometimes we had practices or games on Saturday.

During that year I ate a few times a week in fast food places (McDonald's) and when we went to games I saw other players drinking soda, so I judged it was alright. I also for some reason did not get enough sleep each night.

Results: I kept those love handles all along, although not as bad as before, but I still had them. I also am 100% sure that I didn't perform as I could have, then maybe jeopardizing a future career.

Do you want to know what I learned about the truth of today's foods? 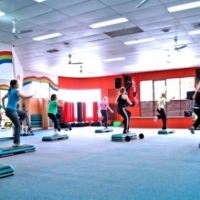 Tips To Surviving The Holidays While Dieting

Half My Size at Last