The After Effects Of Bariatric Surgery In a small study, researchers have found that some patients, especially women are faced with some body dissatisfaction following their weight loss after bariatric surgery, especially if they had previously underwent breast reduction surgery. For some women, that surgery might be necessary even before the weight loss surgery is performed, but the results might be less than what was hoped for.

For some women, breast reduction surgery is necessary not only for pain relief but to allow them to exercise as suggested before their weight loss surgery is scheduled. However, according to the study, the numbers for those that will be unhappy with their breasts appearance after the surgery is done will be fairly high. The study looked at just under 30 women, all described as severely obese with BMIs that ranged near 54. A BMI of 30 is considered obese. All of the women in the study lost at least fifty pounds before filling out patient satisfaction surveys relating to how they felt about their body’s appearance before and after the surgery. Of the women, all but one of them had had bariatric surgery to accomplish their weight loss.

Fifteen of the women in the study had had breast reduction surgery before they had weight loss surgery. Of those women, 86% were unhappy with their results, considering that the appearance of their breasts was worse after the weight loss than it had been before losing any weight. Fifty percent of those women planned to have further breast surgery to rebuild or reconstruct their appearance. The remaining women stated that they would consider having breast surgery following their weight loss if their insurance would cover the expense of the procedure.

Of the women who had had waited until after their weight loss surgery, 71% still were unhappy with the appearance of their breasts and half of them planned on additional surgeries as well. An additional number of those women also considered having such surgeries but only if they were covered by their insurance.

In many cases, body dissatisfaction is a chief complaint following bariatric surgery because of the problems associated with loose and hanging skin, enough to be problematic in some cases, however, insurance companies are reluctant to pay for the surgery to remove this skin, unless it is causing a medical or mobility related problem for the patient. Before weight loss, breast reduction surgery might prove to be a vital need to allow the patient to manage even simple exercises.

In a secondary study, researchers found that the amount and speed of weight loss can impact the amount of loose and hanging skin that remains on the body after bariatric surgery. Other factors, including skin condition and elasticity as well as the type of surgery can also play a role in the appearance after the weight loss goal is achieved. Patients who are older tend to have less skin elasticity which means that their skin may not achieve the firmness they desire after they have lost weight. 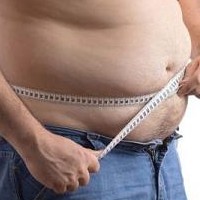 DON'T MISS
How to Get Ripped with delicious egg scrambles for breakfast
Fat Burning Furnace - How to Effectively Block Fat Deposit Storage!
Cardio And Air Quality
How You Can Decrease Fat - Basic Tips
The Importance of Fiber in Your Diet
Best Diet of the Decade - See Which Diet Has Thousands Burning Fat Quickly, Easily, & Permanently!
The Day Off Diet - Diet 6 Days Then Cheat
Losing Weight Without Forgetting About Fasting Health
Lose 20 Lbs In 1 Month - Weight Loss Secrets You Simply Cannot Miss
All You Need To Know About Foods That Help You Lose Weight

A Diet Plan That Lasts!

The Best Way To Trim Down Once And For All