When Your Waist Gets Bigger, Your Brain Gets Smaller

In addition to the chronic health conditions that smoking and obesity can cause, there is another, potentially more damaging problem that is growing, or rather shrinking. High blood pressure, high cholesterol, diabetes and obesity during the middle years can all lead to brain shrinkage and other cognitive problems in the following years.

Dr. Charles De Carli is the Director of the University of California, Davis Alzheimer’s Disease Center and the author of a study that is being published in the journal, Neurology. That study looked at data collected from just over 1300 patients who were already participating in another study. The average age for the group was 54 and the results showed that many of the adverse conditions and increased risk factors for the body in general also increased the risk of dangerous changes, particularly in veins and arteries in the brain.

Each of the participants were given a baseline physical exam which included blood work, blood pressure testing and measurements including body mass index as well as waist circumference. Each was then given a standard MRI brain scan. These were repeated during the course of the study to compare changes if any.

Several of the participants, including those who were thought to have signs of dementia as well as those who had had strokes were excluded before the process began. Over the course of the decade after the initial health exams, nineteen additional people had strokes and two others were diagnosed with a form of dementia.

The results of the study showed that not only did certain risk factors cause brain shrinkage but that the brain was affected in different areas by different conditions. For instance, having diabetes in your 40’s to 50’s could cause brain shrinkage in an area called the hippocampus. That area of the brain is often one of the first to be damaged by some dementia causing diseases, including Alzheimer’s. Smokers were found to have problems with shrinkage in ths area as well but also had an overall lowered brain volume as well. Smokers also had a number of small areas of vascular damage.

those who are obese in middle age are far more likely to be among those hardest hit by the brain changes, the study concluded and are at high risk of having faster declines in some of the more important functions of the brain. The higher the waist to hip ratio, believed by some to be a better indicator of health and health risks than other weight related tests, the more likely the brain is to decrease in volume rapidly.

Reviewers of the study would like to see it repeated in a more general population, taking a more representative survey of the United States. Critics also pointed out that certain ethnic and specific locations should also be studied because they would have a higher concentration of some of the risk factors. The South has the highest concentration of obese people, for instance. 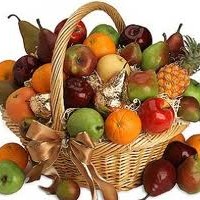 Get Your Body Back: Post-Pregnancy Workout