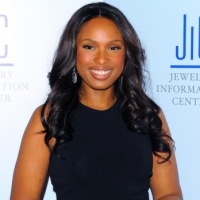 It seems like 2011 was the year that some celebs were constantly posting twitter pics of every step of their weight loss. Some look healthy while some came away looking like sickly.

Leann Rimes caused a big debate on if she had a eating disorder. She claimed she was losing weight from working and the stress of going through her divorce. I personally think she is a little delusional on how she views herself. Every week she posted pics of herself in bikini's. Each week her bones were sticking out and she looked like a skeleton. There doesn't seem to be any curves or womanly softness to her body. I think it is great to workout and get in shape but I think it is important at the same time to be healthy about it. If you have tons of people telling you that you are getting too skinny, then take a good hard look at yourself. It is okay for a woman to be weight healthy and still look like a woman.

Snooki from Jersey Shore is another reality celeb who was always posting new pics of herself. She credits her weight loss with drinking less alcohol, eating better, and the use of a diet pill. I don't have anything against diet pills but for me I don't like the side effects that go with them. I commend her for drinking less and eating better. She appears to still look healthy and at a good weight. Lets just hope she doesn't lose anymore to fit in to Hollywood. Time will tell if she ends up putting the weight back on after she stops talking the diet pills and when the filming of the new Jersey Shore season starts.

Demi Moore caused quite a bit of concern with her most reason pics after announcing her split with Ashton Kutcher. She has appeared very thin and fragile. I know when she reentered the Hollywood scene she was thin but she was in shape. These last few months, her arms have seems boney and her waist line is shrinking inwards.

Jennifer Hudson has made a dramatic change in 2011. She create Weight Watchers with her weight loss success. Her's was my favorite transformation by far. Looking at her, she still looks healthy. She still has her hips and her legs don't look like twigs. I think its great she looked to her eating habits and made healthy changes. She didn't go to far and lose her womanly curves.

Of all the celebrities that made the news this year with the newer figures the winner of 2011 Weight Loss Battle goes to Jennifer Hudson for losing weight while still looking healthy. 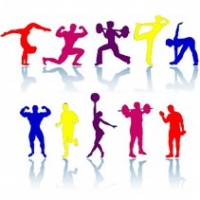 DON'T MISS
Do You Really Want to Try a Natural Weight Loss Plan?
Fat Burners, Diet Pills, and Carb Blockers - Whats the Difference?
How To get Rid Of Double Chin Fast & Easy - 4 Simple Tips To Lose Your Excess face Fat Forever
Introducing a simple and very different method for losing weight
Drop 10 Pounds Fast - The Most Effective Diet System to Drop 10 lbs. and Melt Fat in 2 Weeks!
Speed Up Computer Vista Operating System With These 5 Tips
What Are The Consequences of Being Overweight, Obese. Calculate Your BMI
How 10,000 People Have Lost 26 Pounds in 7 Weeks with the Fat Burning Furnace!
Herbal Fat Loss Pills and Supplements for Effective and Safe Weight Loss
Gluten Free Diet Plan

10 Healthy Eating Habits That Will Change Your Life

11 Ways to Save Money on Healthy Food