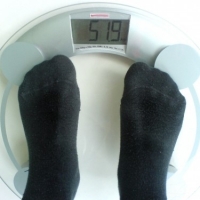 Almost every psychologist, psychiatrist and expert of the mind in the world would state that most people are a result of what they experienced in the past. As most people’s minds are easily influenced when they are young, the majority of habits and behavioural patterns are adopted in childhood. In addition to this, there is the aspect of social patterns that most people are expected to absorb in order to be a proper part of society.

There is also the matter of the primal need to counter uncomfortable emotions with food. Numerous people eat a wide variety of things like chocolate, sweets and even savoury items to make themselves feel better. There is even a phrase that has been invented down these lines i.e. ‘soul food’ which means something that makes you feel deeply satisfied.

Finally, a good deal of blame for more people being overweight these days should also go to advertisements in the media coming from profit oriented organizations. Every individual is bombarded with different types of misleading information with regard to food items that can, on occasions, even turn out to be subliminal.

The real problem of obesity enters the picture when all this becomes entrenched in a person’s subconscious. This happens when such behaviours are repeated over an extended period of time. In effect, the habits of eating yummy food regardless of its nutrition and leading lazy and sedentary lifestyles become a part of an individual’s personality. This, in turn, results in the problem of obesity, which is difficult to get rid of.

The direct result of this is that there is a deep-rooted conflict whenever a person tries to change such established behaviour patterns. The best example of this psychological conflict can be seen in smokers who start seeing physical manifestations of the conflict in the form of alarming palpitations, desperate cravings and almost polar mood swings. In terms of an obese person, this conflict occurs when he tries to lose weight by eating things he does not want and avoiding things he truly desires.

Going against the subconscious is one of the most difficult tasks for a person because the fallout is extreme discomfort and subliminal rebellion. The best way to counter this problem would be to bring together the two aspects i.e. the intellectual thought process and the emotional subconscious. Failing this, an individual trying to lose weight by eating healthy and being active would find themselves regressing very soon.

This is where hypnosis enters the picture. Hypnosis melts away this subconscious resistance by countering established subconscious patterns and actually introducing new more beneficial trends in the subconscious mind. The subconscious human mind presents one of the best ways a person can take control of his self in the most complete manner possible.

The immediate effect of hypnosis is to create a strong link between the final result and positive action in the person’s subconscious. Subsequent and regular reinforcement of this link bring the dream and reality closer until they merge. In other words, such connections make new positive thoughts automatic.

Any good hypnosis expert would record your sessions to allow you to listen to it later. Different forms of repetition would ensure that the problem is taken care of well and the solution becomes a part of your personality. The best bit is that hypnosis can deal with the problem of obesity exponentially faster than the number of years it took to be created.

Hypnosis allows people to disconnect from long standing patterns of relating emotional discomfort to food. The best method is to go back to the memory of where such patterns began. In the majority of cases, this memory would be strong in the person’s mind. The whole event is replayed in the person’s mind which results in the compulsion to eat rising again. When this anxiety is recreated, it becomes easier for the individual to deal with it.

The hypnotist then helps the individual deal with this anxiety. He creates an image in the person’s head where the experience has a large glass dome being lowered over it. As the dome gets lower, the anxiety goes down and when it locks down on the floor, the anxiety has been completely dealt with. The symbolism of the whole process is more than self-evident. The glass dome represents the person’s ability to deal with the anxiety.

Needless to say, the success of the process is directly related to the intensity of the person’s desire. The stronger it is the easier the person will be able to achieve their goals of weight loss.

DON'T MISS
Why Use A Handheld Calorie Counter?
Ya Gotta Wanna (Lose Weight)
Simple Slimming Down Tactics
Everloss - Are You Obese and Need An Alternative to Medical Weight Loss?
The pros and cons of Seattle HCG weight loss plan
10 Pantry Staples for Quick-and-Easy Healthy Meals
Using Prescription and Over-The-Counter Medication for Weight Loss
1st Quality of Infrared Saunas
Why Drinking Less Alcohol Is An Easy Way To Burn Fat
Most Effective Methods on How To Drop Weight Fast

Weight Loss Success Story: I Knew I Had to Make a Change