Too Many Carbs Make Weight Loss A Real Challenge

When it comes to foods that help you lose weight the standard suggestion is to eat fresh fruits and vegetables and whole grains. Although there are health benefits to be had from whole grains, recent evidence suggests we may be getting too many of them and the result is high blood sugar, insulin resistance and more fat than we need. This may be especially true for people over 50. In many cases aging brings slower metabolic rates and less physical activity which means you burn way fewer calories than you did when you were younger. If you need to cut back, a good place to start is with carbs in the form of grains, sugar and processed foods.

It seems that what you eat can be as important as how much of it you get. Carbohydrates are a good example. There are a number of studies available which support the idea that when it comes to carbs, less is better. For example, a 1995 study reported in the Journal of the American College of Nutrition studied 25 obese women and found that after 12 weeks, subjects who ate diets with 40% carbohydrates had lower triglyceride levels than did those whose diets consisted of 55% carbohydrates.

A 2004 study in the same journal compared a low fat diet to a low carbohydrate diet. While both groups lost weight, the low carb diet did a better job controlling glucose and reducing blood fats.

Cutting back on grain sources of carbs is consistent with the concept of weight loss by eating a more alkaline diet.. If you study a pH balance food chart you will find most of the grains are on the acid side of the picture whereas almost all vegetables and many fruits are on the alkaline side. Grains on the alkaline side of the chart include amaranth, quinoa, millet and wild rice, while staples such as rice, oats and rye are acid and whole wheat and white flour are the most acidic of all.

What connects these concepts is insulin resistance. An acid body, according to Leigh Erin Connealy, MD increases insulin resistance preventing needed nutrition from getting into the cells. This keeps blood sugar high prompting the pancreas to continue creating insulin. Meanwhile, the body notices the cells are hungry, and fearing starvation, starts converting all those carbs to fat. High levels of insulin in your system perpetuate a situation which promotes fat storage and makes fat burning even more difficult for your body to accomplish; and insulin will remain high if you eat a lot of grains.

A simple way to lose weight, then, is to eat more vegetables and alkaline and low acid fruits and cut back on grains; unless of course you switch to quinoa or amaranth both of which are available in most natural food markets. Incidentally both of these grains were held in high regard amongst indigenous people in South America. The Incas viewed quinoa as sacred, and Amaranth was part of traditional Aztec religious ceremonies. Both were banned by the Spanish during their occupation of the region. Today we know that both of these grains are highly nutritious and can make an important contribution to your weight loss program 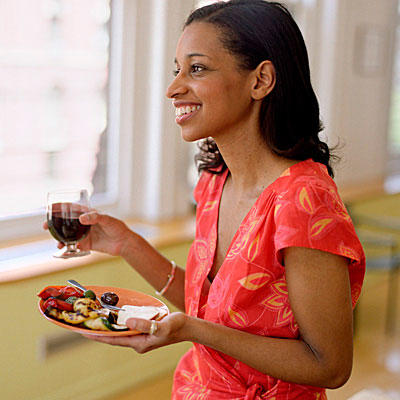 Be Good To Your Heart!

Have You Tried The Ulitmate Body Applicator?

How To Get A Flat Stomach Fast