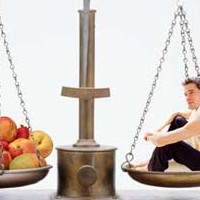 For many years, the weight loss community has searched for the so called "perfect" diet plan, only to find out that the latest fad has drawbacks or problems of some kind or another. The Atkins diet, wildly popular for allowing such decadent food choices as cheese, red meat and even bacon quickly fell from favor, not only from mortified cardiologists and other experts worried about the effects the fatty diet would have on the cardiovascular system but from the most ardent followers who found that the foods they were no longer allowed to have were actually necessary. There have been previous studies that showed how well the high protein diet worked or how a lower fat diet worked, but a new study has shown that there is no real need for a dieting extreme for there to be real and lasting success.

The new study, published in the American Journal of Clinical Nutrition has shown that there isn't much of a difference in weight loss overall or in the amount of fat that is shed by the body between diet plans. Rather, according to the study, what mattered most was how compliant a person was with their diet plan. In essence, you could choose any diet plan that suits your needs as long as you actually focus on the number of calories that you are consuming and create a daily deficit.

Researchers, working with several hundred people in the overweight to obese category, randomly assigned them to one of four different diet plans that had different ratios of protein, carbohydrates and fats. Each of the plans were designed to reduce daily calorie intake by roughly 750 calories per person. The participants were weighed at the beginning of their program, at six months and then again two years later to see if they had maintained weight loss or had regained any of it. In addition, researchers measured each to determine their lean to fat mass ratio. The results showed similar results for all of the four diet plans, regardless of what they contained, as long as the person was actually sticking to it. Researchers noted that a number of people dropped out of the program before it was completed and that a number were also non-compliant with their assigned diet plan.

There is no single diet plan that works for everyone. Every body has a different nutritional need which can often be overlooked by popular diets. It is important to look for the diet plan that actually works for you and you alone. 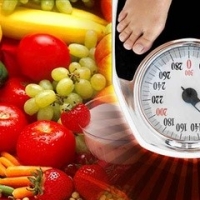 DON'T MISS
Review Eat Stop Eat
Avoiding the 5 Weight Loss Myths
Acai Weight Loss Smoothies for Good Health
You Dont Need To Go On A Diet To Lose Weight
Obesity Prevention Must Begin at Home
How to Rub Weight and Fat Off from Your Belly
Lose Weight Naturally
Does Ear Stapling Really Lead to Weight Loss?
Does Medifast Work With Every person
How to Lose Belly Fat Quick - 3 Tips to Lose Fat Quickly

How To Cook Chicken Breast