Weight Loss For Men-Why Is It So Much Easier...or Is That A Myth?

You know the old saying that weight loss for men is just easier? It seems that the statement is catching a little bit of flak and the controversy is pretty simple. There are two theories that boils down to this: either weight loss for men is easier or it is not. It may depend on what you define as “easier” and the goals of the weight loss overall.

Men and women see weight and weight loss efforts very differently. For a man, losing five pounds is just an interesting side note, neither a big deal or not. For a woman, that same five pounds can be either the biggest deal ever or a slap in her ever loving face. The amount of effort that is needed for weight loss for men then might be perceived as easier when it was actually not. Women might just be more concerned with their weight loss efforts than a man is.

Face it, most men don’t get as hung up on the numbers on their scale as women do. They will blame the dryer for tight trousers or swear that their wife is nipping in the waist just to vex them. These are the same creatures that wander out to the pool in barely there trunks, their gut swaying free in the summer breeze and think that they look A-ok. See why weight loss for men might seem easier? Poor dears are clearly delusional.

Scientifically speaking, weight loss for men might actually have a slight edge because they have the higher metabolism rate and are comprised of more muscle by physical nature. A man can lose weight by reducing his calorie intake but he won’t have to go as extreme as a woman. And, it is in a woman’s nature to hold onto her weight because the body is keeping her ready for childbirth whether that is her intention or not. You can’t fight nature.

So, back to the original question: is weight loss for men actually easier or not? There is no one way to answer that it seems. A man may lose weight at least slightly easier than a woman simply because his body is not preprogrammed to hold onto every pound like hers is. Of course, he can suffer the same metabolic issue where the body feels as if it will starve and refuses to burn fat for fuel, but in most cases, men just have it easier.

Look at man and a woman at the gym. They are both working on the treadmill at the same speed, the same incline. She is barely sweating at all but he is dripping, soaking his socks and making splooshing sounds as he runs. Men are not just overactive sweat factories though- their metabolism works harder and faster moving their heavier muscles as they go. Weight loss for men then might be easier even though they do not realize it.

Get tips on how to lose weight now . At Strip That Fat you will be taught about healthy eating and exercise you can do for the long-term. 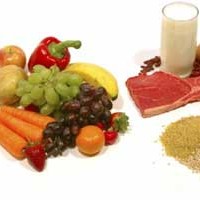 DON'T MISS
Use These Proven Weight Loss Tactics For The Best Results
5 Weight Loss Diet Plans for Diabetics
Weight Loss Diet - What To And What Not To Eat
Best Weight Loss Supplements For Men - Shed Off Extra Flab From Your Belly
Top Three Reason Why You Should Start Losing Weight Right Now!
Preparing for Weight Loss
Weight Loss : Keep It Simple
What you need to know about Green Coffee Bean Max?
The Diet Denominator
What's the Right Weight for You?