The rate of each individual’s metabolism depends largely on their genetic makeup and age, but through exercise and dietary habits, there are ways to accelerate anyone’s metabolism.

Strength-training at least a couple times a week reverses the slow down of metabolism by close to 50 percent. Strength-training works best for metabolism slowed down by age. Increasing the intensity of normal exercises for 30 seconds and then returning to the regular rate also increases metabolism by forcing the body to take in more oxygen, which increases the workload of energy-burning cells.

An example of how to do this on a bicycle or stationary bike:

-Increase the speed to 4 mph for one complete minute

-Decease speed to 3.5 for a minute and a half

Doing this at least twice a week is effective in the quest of boosting metabolism, and you are also able to get more out of your workout at a quicker pace.

After exercising, allow the body to remain at a heightened metabolic rate so that it can consistently burn calories at an increased rate. Consistently increasing the intensity of each workout prevents the body from becoming comfortable and returning to a stagnant metabolism.

Eating organic foods do not expose the thyroid to unnatural toxins, which allows your metabolism to run at optimal speeds. Toxins found in other foods affect the thyroid and slows it down, which in turn slows down the metabolism.

Eating proteins helps you feel full longer because they take longer to process than carbs or fat. The extra time it takes to burn proteins causes the body to use more energy, which forces the metabolism to work faster.

Trans fat attaches itself to the liver cells and slows down the metabolism, so avoid foods with high counts of trans fat as much as possible. Trans fats also cause inflammation and insulin resistance, which causes weight gain and a slowed metabolism.

Omega- 3 fatty acids decrease inflammation in the body and balances blood sugar, which is great for boosting metabolism. You can benefit from omega-3 fatty acids from eating flaxseed oil, eggs with enhanced omega-3 content and walnuts, and you can also receive them in 1,000 to 2,000 milligram supplements.

Eating all throughout the day instead of eating two or three large meals a day regulates blood sugar levels and prevents metabolism from becoming sluggish. Try up to six meals a day for best results. Drinking up to five cups of green tea a days also improves the way the body processes energy, which is dramatically effective for boosting metabolism. 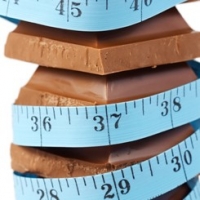 DON'T MISS
Hcg Prices: Does More Expensive Mean More Effective?
Who is Michael Thurmond and Why Should You Be Listening to Him?
The Fat Burning Furnace eBook â€“ A Great Tool to Get the Best Fat Burning Results
Losing Weight And Gaining Muscle
4 Reasons You Might Not Be Losing Weight
Nordic Pole Walking Feel the Increased Energy
Why Youre Not Losing Weight Yet
Lose Weight Plan: The Best Way to Lose Weight
tips to burn your fat for a beautiful girl
Benefits Of A Leptin Diet

How To Lose Weight Exercising

How To Keep Your New Years Resolutions - Use The Law Of Attraction!