Lose Weight > Weight Loss Tips > Weight Loss Articles > Why You Are Not Losing Weight With That Supplement: No Magic Pills On The Horizon

Why You Are Not Losing Weight With That Supplement: No Magic Pills On The Horizon 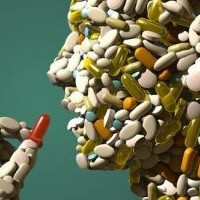 Melinda Manore, a researcher at the Oregon State University has concluded that despite the commercial claims to the contrary, there are no supplements that can provide evidence that they actually cause or assist in real, substantial or long lasting weight loss. The diet, weight loss and fitness industry pulls in over two billion dollars each year as people search the shelves of their local stores in hopes of finding the "magic" pill that allows them to lose weight without substantially changing their lifestyle or eating habits.

Manore, whose study has been published in the International Journal of Sport Nutrition and Exercise Metabolism, said that there were a few things that did show some slight weight loss but nothing like the claims that are being made for most of the weight loss products. In addition to failing to meet stated expectations in terms of weight lost in the time frame, many of the supplements that she studied were found to have a number of detrimental health side effects as well.

For her study, Manore separated the supplement options into one of four categories. Those categories included: the type that are supposed to work by blocking the absorption of fat or carbohydrates, stimulant type supplements, the type that claimed to change body composition and those that were supposed to suppress appetite. Of them, Manore found that things such as green tea, fiber and low fat dairy did assist with modest weight loss but was not the magic pill that people were looking for because the success was only part of a low fat diet that also included exercise as well.

Manore pointed out that most if not all of the supplements were released with limited or flawed research studies and virtually none of them had any type of clinical trial to test for their overall effectiveness. And, she added, the research studies that were done did not include exercise as part of the trial. Manore said that there was enough evidence to suggest that all successful exercise programs should include exercise in some form to be effective. 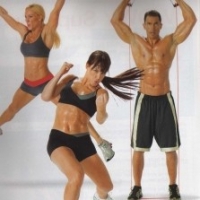 DON'T MISS
How to eat more and still lose weight
Acai Force Max - Natural Muscle Builder
Diet For Smokers And Ex-smokers
Dont Just Buy Any Weight Loss Diet Pill
Empty Energy as well as Gluten: Which May Be A lot more Harmful?
Cutting weight is can be made natural and effective with HCG Federal way
Weight Loss Wreckers, Avoid These at All Costs (Part 1)
Fat Burning Furnace - Which Easy Exercises to Lose Weight Really Deliver?
All You Need To Know About Professional Dieting Programs For Women
Do You Need To Cut Down 100 Calories A Day? But Dont Know What 100 Calories Is?