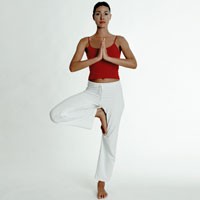 Mental attitude has an enormous part as a role played in weight loss. If you want to succeed in the goals you have for yourself, it's important to keep a positive mental attitude.

One of the best ways to keep a positive attitude while trying to lose weight is practicing yoga. Doing yoga poses are highly beneficial, not only to your mental state, but to your body as well. Not only is yoga well known for being a stress relieving way to exercise, but it is proven to burn stubborn stomach fat and tone up skin all over as well. One of the best things about yoga is that you and you alone are in control of exploring poses and discovering what benefits your body best.

An example of one of the greatest yoga poses for weight loss would have to be a pose called "the Willow". During this pose, one would stand with their feet together, and their arms flat against their sides. The sole of the left foot is then placed against the inside of the right leg. Palms are then touched together against the chest to relax the body and mind. After inhaling three times, you would extend your arms up, with fingertips toward the ceiling. Breathing steadily, bend towards the left. This yoga pose would be repeated until you wish to continue to a new pose.

If this overwhelms you at first, this is understandable. Just remember, everyone starts at their own level! Some yoga poses are as simple as lying on your back and bringing one knee up towards your chest slowly. In this pose, one would simply wrap their hands around the knee, and proceed to repeat now using the other leg.

If you want more of a challenge while practicing yoga, a great way to challenge yourself is by closing your eyes. An important thing to remember though is to avoid straining, especially if you are a beginner to yoga. In all forms of exercise, it is easy to injure yourself if you are pushing your body too hard. That being said, one of the wonderful things about yoga is that it can be practiced by people of all fitness levels. Anyone can take as much time as they need to learn the sequences of yoga poses before moving on.

Even though using yoga for weight loss seems to be only recently on the rise, it is a fact that has been around a long time that yoga is very effective in weight loss. While combining the power of positivity with yoga poses for weight loss, your goals are sure to be achieved. 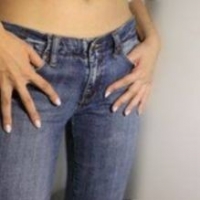 DON'T MISS
Weight Loss Strategies
How Can I Get Motivated To Lose Weight? Will Small Changes To Lose Weight Really Make A Big Difference?
Diabetic Weight Loss Program - On the Way to Better Health
Looking For Hot Flashes Treatment
Get Classic Physique with Fat Burners
Which Ayurvedic Appetite Suppressant Supplements Works In An Effective Manner?
Why You Should Consider Taking Tea For Weight Loss? What Are The Effects It Brings On Weight Loss?
Do Weight Loss Drinks Put Your Health At Risk?
Fat Burning Furnace - Hate Cardio Exercises? Read these Quick Weight Loss Secrets!
The actual facts with regards to Fat loss Diet programs

Lose Weight With a Busy Schedule