Public Citizen, a public health advocacy group has petitioned the FDA to pull two different weight loss drugs from the market. Those drugs, both containing orlistat, a fat blocking drug, are made from two different drug companies, but both are reporting cases of liver, pancreas and kidney issues. Public Citizen has reported nearly fifty cases of acute pancreatitis, a very painful inflammation of the pancreas that can be fatal if left untreated as well as over seventy cases of kidney stones, all linked to use of medications containing that drug. Kidney stones may lead to an increased risk of kidney disease, potentially life threatening in certain patients, most of whom are in danger of having these same issues related to their weight.

GlaxoSmithKline, a British based pharmaceutical company makes Alli, an over the counter version of orlistat while Roche Labs makes the prescription drug Xenical, the higher dose version of orlistat. Sales of both medications have been declining rapidly in the past few years.

Orlistat is the only drug that is currently approved by the FDA for long term weight loss use while several others are approved for shorter periods of time. It works by blocking the body’s ability to absorb as much as a quarter of the fat that has been consumed in each meal but also packs some fairly nasty, inconvenient side effects as well. One of those, perhaps the most unpleasant, is the increased risk of oily, loose stools. The problem is so prevalent that the manufacturers of both Alli and Xenical have suggested not only keeping all meals to a lower fat gram count (under 15 grams of fat per meal) but also to start the program when there are a few days off of work or school and to carry an extra pair of pants when going out.

That unpleasant side effect coupled with the more serious potential risks are only part of the reason that sales have declined and why groups such as Public Citizen are asking that it be removed from shelves. Those groups are also citing very small benefits in relation to the very big risks involved. Most people lose an average of about 3% of their body weight in a year’s time with the use of these drugs as part of an overall program. That amount is too low to be considered worth the risk factors.

The FDA added warnings to the labels of Alli and Xenical in 2010 concerning liver damage but that is not enough to appease the advocacy groups. Annual sales of both drugs are dropping, with Alli sales declining just over forty percent. Xenical has also had significant declines in numbers as well.

In a supposedly unrelated announcement, GlaxoSmithKline has revealed plans to sell off Alli as well as several other over the counter weight loss drugs and vitamin products. There have been several potential buyers, however, the companies that are interested have not been named. 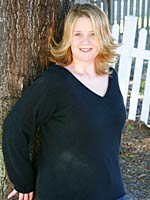 Coconut Oil For Weight Loss And How It Can Help You

Best and Worst Nuts for Your Health

Make A Positive Change To Your Diet

How To Lose Weight In A Natural Way