Autopsy reports now reveal that the mother of five died due to complications from brought on by the surgery. According to the Miami Herald, during the procedure, which is generally performed by extracting fatty tissue from the abdomen and injecting them into the buttocks, one of Cardona's blood vessels were pierced. Due to the pierced blood vessel, some of the fatty tissue extracted from her abdomen entered into her blood vessels, causing a lung embolism, or blockage.

Cardona's neighbor, Amy Spinelli, tells reporters that the Walmart cashier learned about the clinic through a friend and decided to go there to have the procedure performed because it was inexpensive. However, after being informed by her family about the risks involved with the surgery, she decided to cancel it. Upon trying to cancel her surgery, Cardona learned that her $4,000 down payment was non-refundable, so she decided to go along with the procedure.

Anthony Hasan, the doctor who performed the surgery, says the five minutes after the operation was over, the anesthesiologist informed him that Cardona was conscious and talking; however, her level of oxygen and blood pressure were low. After failing to respond to any of the medications administered to her, Cardona was rushed to Kendell Regional Medical Center, where she died hours later.

"I checked everything that had to be checked and, honestly, I don't believe I could have done anything different," Hasan said of the procedure.

It turns out that he is a dermatologist who is not certified as a plastic surgeon by the American Board of Plastic Surgery. However, according to Florida law, it is legal for any doctor, of any specialty, to perform plastic surgery procedures.
Men Lose WeightWomen Lose WeightWeight Loss ArticlesLow CarbAbout TipsWeight Loss Management
Related Articles 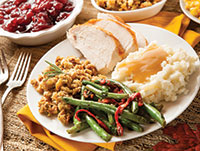 Weight-Loss Solutions for the New Year