Obesity can cost dearly to your health

8/17 11:47:33
Being overweight is never good for our health. The extra flab that gets deposited in the body can open to many kinds of health issues for you. You might feel a bit chubby due to the fats but this chubbiness is not making you look cute but instead it is making you look sick. Obesity has grown like an epidemic all across the world. Mainly in the developed countries, the effect is seen in a more prominent way. There are several factors that can be blamed for the rapid spread of this obesity. Diet, unhealthy lifestyle and hereditary reasons are some of them. It does not only make you fat but also opens the door to several other complications. Here are the list of the issues that can obesity bring along.

Breathing struggle:
Fat people often struggle a lot to breathe easily. This is because of the excess fat that restricts the expansion of the rib cage and leaves very little amount of space for the diaphragm to move downward as it should. Apart from that, the lungs provide extra storage space for some of the fats and lessen the exchange of oxygen. Therefore the fat people run out of breath after walking some amount of distance, climbing stairs and doing some heavy physical job.

Waking becomes hectic:
The weight of the body ultimately falls on the knees, hips and feet. This puts an additional pressure on them and most of them are found complaining of joint pains and arthritis problem due to the degeneration of the cartilage in the joints. Due to this walking becomes a grave issue for them as the pain at times becomes unbearable.

Heart at stake:
If you are affected by obesity, the risk of heart disease is next in the line. The flab in the body causes conditions like clogging, congestion and obstruction. The extra fat in the body puts pressure on the heart, lungs and other internal organs. Plus the cholesterol problem which is very common narrows the arteries and restricts the supply of blood to the heart which in turn increases the risk of heart disease and also stroke and heart attack.

Risk of premature death:
Many kinds of diseases and illness attack the people who are obese in nature since their immune power is also greatly affected. Due to this their resistance power reduces greatly and they even fall prey to various fatal diseases which shortens the life span of the obese people.

Back pain is inevitable:
Obese people are very much prone to the issue of back pain since the weight of the body is supported by the spinal cord and the weight issue exceeds the pressure on the vertebra column which results into severe back problem.

Depression:
Obese people are also very much susceptible to the problem of depression. They find it very difficult to socialize with people and their fat body appearance most of the time makes them a mock of a joke. They tend to isolate themselves due to this issue and suffer from the problem of depression.
Men Lose WeightWomen Lose WeightWeight Loss ArticlesLow CarbAbout TipsWeight Loss Management
Related Articles 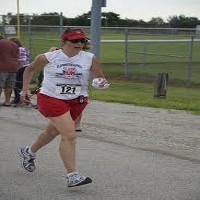 DON'T MISS
Weight Loss Is Simple To Get Into
Go for a weight loss clinic for getting into shape
Fat Burning Furnace - Simple Diet Menu That Uses This 1 Single Method!
What Constitutes a Healthy Diet?
Effects of Sleep on Weight Loss
How You Can Succeed in Losing Weight
Weight Loss Tips - Productive Weight Loss Tips to Help You Be successful
The way to shed weight fast
Is Your Weight Issue Controlling You? How to Add More Joy into Your Life with Small Changes
How To Turn Super Sizing, Dietary Displacement and Portion Distortion To Your Advantage!