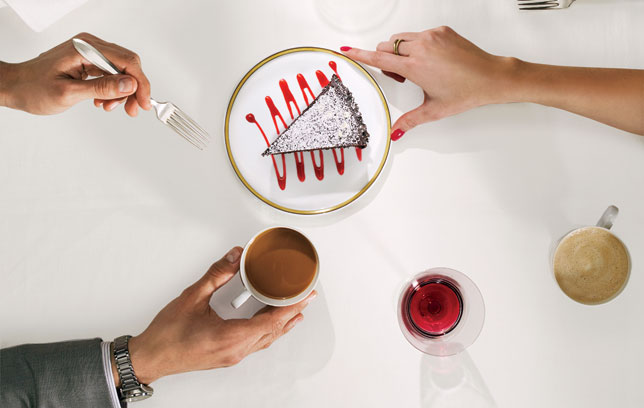 You're invited to eat lunch in a room with one other person in it. That person has been told by researchers what and how much to eat, but you don't know this. At the end of the meal, you're asked this question: "Why did you choose to eat as much as you did?" If your answer is "I ate what I wanted to" or "I ate until I felt full," then you're not as intuitive as you think you are.

"Our study participants assume that they eat out of free will," says Sarah-Jeanne Salvy, Ph.D., a research associate professor at the University of Southern California. "They don't realize they're influenced by what other people eat."

Other social, environmental, and societal cues also prod you to eat more. Part of the reason you're susceptible, explains Salvy, is that you can conform socially and convey your self-image through your eating habits. This plays out subconsciously 24-7 and can influence almost every food decision you make. "When you're on autopilot and eat mindlessly, it's dangerous," says Brian Wansink, Ph.D., a professor at Cornell University who researches weight loss. Here's how to maintain control at every meal. 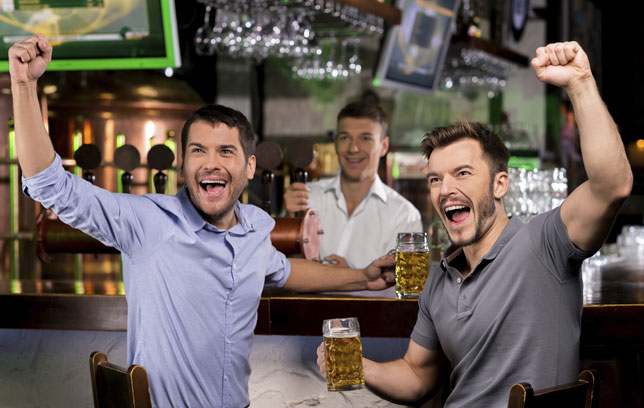 With Buddies at a Bar

Sure, you're your own man, well-informed and sensible—just not around your pals. U.K. research suggests that guys can consume almost 20 percent more calories when they eat with same-sex friends than when they dine solo. It's about what others are doing, says Salvy. "If your crew is eating wings and nachos, chances are you'll do the same." Guys also tend to be competitive, even with wings. "Nobody wants to be the slow one in the group, so you try to keep up," says sports nutritionist Chris Mohr, Ph.D., R.D.

ESCAPE IT
Before the waiter even appears, mention that you want the grilled chicken salad. Some friends may rib you; others will consider emulating you. "Making public your decision to eat healthy is the first step to changing your behavior and perhaps that of the guys around you," Salvy says. Instead of eating mindlessly, you're helping your companions to stop and think before ordering five baskets of wings or a bucketload of nachos. 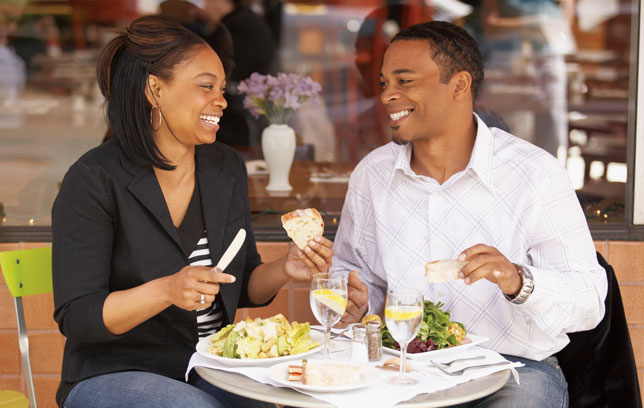 Out on a Date

Resist the primal urge to order the 24-ounce steak. A study from Indiana University of Pennsylvania found that men who dined with women purchased an average of 1,141 calories' worth of food, versus 900 calories when they ate with guys. "Men may be trying to prove their masculinity around women by buying more calories," says study author Marci D. Cottingham, Ph.D.

ESCAPE IT
Order with your brain, not your testosterone. At Ruth's Chris Steak House, the Petite Filet without butter is 340 calories, while the Cowboy Ribeye clocks in at 1,690. Sure, you're a cowboy, but try sharing an entree with your date and adding a salad. "There's something sensual about sharing food," says Dawn Jackson Blatner, R.D., author of The Flexitarian Diet. And it never hurts to go romantic: People who eat in restaurants that have dim lights and soft music consume fewer calories than those eating in the bright glare typical of many franchises, according to a study in Psychological Reports. 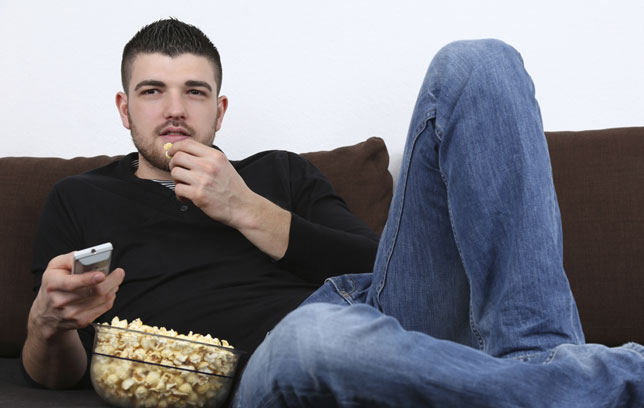 Eating while watching the tube can be even more perilous for your belly than eating at the bar with your buds. One study from UMass Amherst found that chowing down in front of the TV can bump up your intake of high-calorie fare by as much as 71 percent. Even worse: "Your brain subconsciously associates food with screen time, so you train yourself to crave calories when you sit on the couch," says Blatner. Soon you'll find yourself scarfing out of habit, not hunger.

ESCAPE IT
First, turn off those distractions. Then savor your food; this improves satiety, Mohr says. And always ditch the to-go containers in favor of real plates. Cornell researchers found that paper plates and plastic cups make people feel as if they're eating snacks, so they may be more likely to have a "real meal" later. If you must snack in front of a screen, eat pistachios. "Breaking open the shells slows you down and leaves a visual reminder of how much you've already eaten," Mohr says. 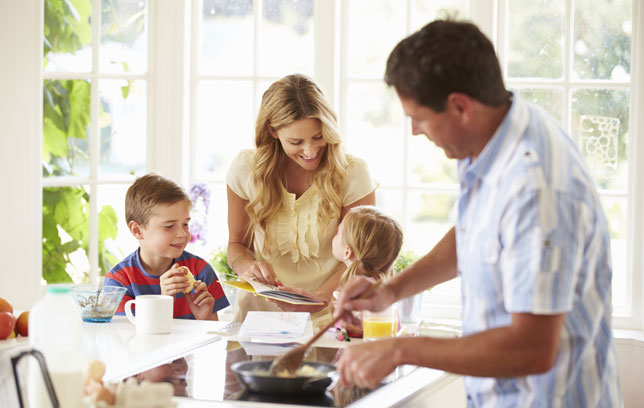 At Home with Family

Being home doesn't seem all that dangerous: You're cooking and serving, eating at the table, and saving leftovers. But none of that helps if you can easily reach for seconds. A Cornell University study found that men who set serving bowls on a side counter consumed up to 35 percent less than those who put the food on the table, within easy reach. The less effort we expend, the less we keep track of our eating.

ESCAPE IT
Leave the family-style pasta and chicken platters in the kitchen; bringing them to the table makes second and third helpings too easy, says Blatner. Also, make a pact with yourself to eat only what's on your own plate. (In other words, keep your mitts off your kids' and wife's plates.) Finally, try to orchestrate meals so the healthiest items are served first. Yes, starting with salad is always smart. In a study from the University of Leeds, England, dieters who began a meal with a salad consumed about 20 percent fewer calories than those who began with garlic bread. 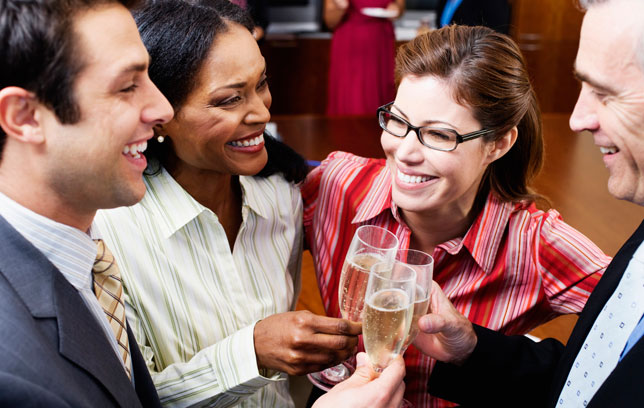 At a Social Event

You can speak your mind around your buddies, but some situations require more subtlety. In fact, eating healthy can be socially awkward. In a study from the University of Scranton, participants were asked to rate characteristics of people who ate either pie or oatmeal for breakfast. The pie eaters were perceived as more humorous and less boring. "Showing more self-control than others—even if it's just making healthy food choices—can increase the chances of a relationship conflict," says Julie Exline, Ph.D., a psychology researcher at Case Western Reserve University.

ESCAPE IT
People pleasers need to be especially aware, says Exline. "You may go out of your way to eat more than you normally would in order to make others feel comfortable." Try this bait-and-switch tactic: Compliment the food and talk about how great everything looks while filling your plate with healthy options, like produce and protein. It will seem more like you're indulging and not counting calories.