5 Cures for Your Late-Night Cravings

You’ve been up all night working (or partying), and you’re hungry. Which are you most likely to grab—a salad, or a slice of pizza? We know, pepperoni and sausage wins every time—and a new study explains why. Researchers at St. Luke’s Roosevelt Hospital Center in New York City and the University of California, Berkeley, found that when people were very tired, their brains were more likely to see junk food as a reward and less able to make complex decisions, such as choosing something good to eat. (Choosing healthy food shouldn't be complicated, though. That's why we created the easiest eating plan ever, the Men's Health Diet. You can lose 15 pounds in 6 weeks without ever feeling bored or deprived!)

What's a man to do? We asked the experts how to eat well even if sleepiness is clouding your decision-making.

Think ahead. “Studies show that your self-control deteriorates over the course of a day, so make as many choices as you can earlier, when you have the most foresight,” says Kelly McGonigal, Ph.D., a health psychologist at Stanford University and author of The Willpower Instinct. Pack your meals and snacks before you leave for work. Remove dollar bills that you can use for the vending machine later from your wallet. Make sure you have a healthy snack at home waiting for you when you get back from work. (For five-star snacks you can make in your own kitchen, check out Men's Health Guy Gourmet.)

Make a plan. Tell yourself, “Whenever I want junk food, I’ll eat a piece of fruit instead.” “People who make very specific strategies for how they’ll deal with temptation are about two to three times more likely to reach their dietary goals,” says psychologist Heidi Grant Halvorson, Ph.D., author of Succeed.

Take a few deep breaths before you bite. “It sounds so simple, but brain imaging studies show that this literally helps shut down your ‘reward’ center in the face of temptation,” says McGonigal.

Snack on protein. Part of the reason you crave carbs and sugar when you’re tired is because they give your brain an instant energy boost, says psychologist Roy Baumeister, Ph.D., co-author of Willpower. Drink a protein shake instead, and you’ll get more long-lasting energy out of it. Learn how to Eat More Food and Lose More Weight with an entire day's worth of nutritious, satisfying meal and snack ideas.

Create some rules. You’re a vegetarian after 5 p.m. You only eat take-out on Fridays. You never eat chocolate. Whatever solves your biggest downfall. “Foods are most tempting when we feel conflicted about eating them—part of us wants to, and part of us doesn’t. But when you’re committed to a default rule, your brain kind of gives up the battle,” says McGonigal.

If you liked this story, you'll love these: 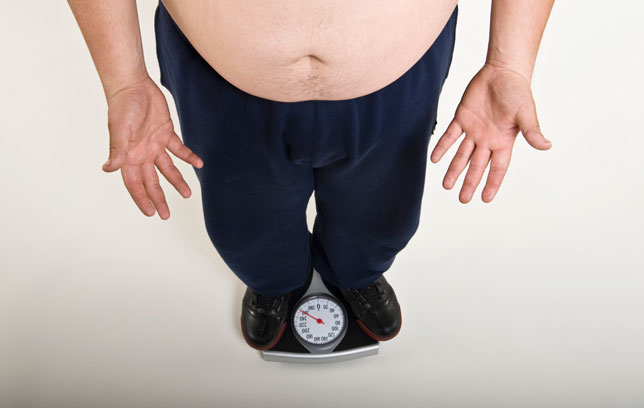 Why Are We Fat?