Is Your Fat Toxic?

Toxic fat cells may help explain why most obese people develop heart disease and diabetes, while a few are fat but fit.

Researchers at the University of California-Davis took fat tissue from the rear ends of 70 volunteers. Some participants were obese but otherwise healthy. Others weren’t necessarily obese but had metabolic syndrome—a cluster of health problems, including obesity, high blood pressure and abnormal cholesterol levels, which double your risk of heart disease.

The fat cells of people with metabolic syndrome had higher levels of 11 different molecules linked to diabetes and cardiovascular disease, including the hunger-regulating hormone leptin and artery-inflaming C-reactive protein.

Fat tissue from people with the metabolic syndrome also had three to five times as many macrophages, immune-system cells that gobble up cellular waste. Sound like a good thing? Not quite. They kick off a harmful process by telling the body to produce more of a protein called MCP1, which can cause inflammation and heart disease.

“Before, researchers only measured these things in the bloodstream,” says lead author Ishwarlal Jialal, M.D., Ph.D. “We went straight to the fat cells and showed that they produce a lot of the substances that can increase the risk of both diabetes and heart disease.”

Researchers don’t yet know why some people’s fat cells release more of these substances. Genetic mutations might contribute. Some studies have shown that genes linked to the way your body stores fat and uses insulin contribute to metabolic syndrome. But in many cases, the same types of lifestyle factors that contribute to obesity—a poor diet and lack of exercise—may eventually turn fat cells toxic, Dr. Jialal says.

Only about 20 percent of obese people—most of them postmenopausal women—seem to be protected from metabolic syndrome, Dr. Jialal says. For the rest of us, if you’re obese, you can prevent or even reverse metabolic syndrome by losing just 10 percent of your body weight. Start with this fat-burning workout, then cook up one of these 15 weight-loss recipes.

More from MensHealth.com: Is it Ever Fine to Be Obese? 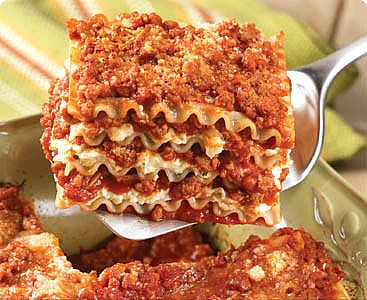 DON'T MISS
Diet Strategies: 9 Weight Loss Techniques
Smoothie King Almost Duped Me!
Weight Loss: Fruit and Fiber
Stay Fit on Your Next Business Trip
4 Tips to Boost Metabolism
13 Nutrition Trends for 2013 (farmed fish is in?)
Are You Normal?
Is SodaStream Healthy?
How Keeping This Secret Can Help You Lose Fat
Go to Gym, Get Paid, Repeat

Exercises for Kids at