Clocking couch time, inhaling caramel-coated popcorn, and having regular home happy hours—these are obvious reasons you aren't losing weight. But what if you're doing everything "right"—keeping your metabolism strong with regular exercise and strength training, eating clean, and drinking gallons of water—and the pounds still won't budge? There could be physiological issues at work, like hormonal changes associated with menopause, or perhaps your body has become accustomed to the same-old workout, and you need to shake things up. Or maybe you're making one of these surprising mistakes, never guessing they could be making you fat.

1. You're not browning your white fat 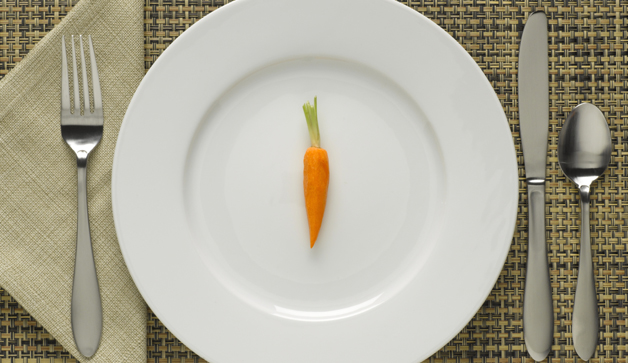 Just as there's bad cholesterol (LDL) and good cholesterol (HDL), our bodies also harbor bad fat (white) and good fat (brown). White fat ups your risk for heart disease and diabetes while brown fat actually helps burn calories. Now here's how things get screwed up: When you starve yourself on a diet, you're sabotaging the body's ability to convert white fat to brown fat. Or at least that's what happened among mice in a Yale School of Medicine study. The hungrier the mice got, the less white fat was converted to brown fat, and the plumper they became. However, giving them just enough food to take the edge off their hunger encouraged the browning of white fat, and they didn't gain weight. "It's actually eating that encourages white fat to turn brown," says lead study author Xiaoyong Yang, PhD. The takeaway: Pay attention to your hunger and eat just enough to quell it.

2. You're getting too much late-night Facebook time
One of the easiest things you can do to lose weight is get at least 7 hours of sleep every night. Anything less sets off a cascade of problems that include lower metabolism, higher stress-hormone levels, elevated blood sugar, and increased insulin resistance. All this promotes hunger and fat storage, says JJ Virgin, celebrity nutritionist and New York Times-bestselling author of The Supercharged Virgin Diet. Going to bed early but can't fall asleep? Avoid the computer and other electronic devices at least one hour prior. The blue light they emit disrupts sleep-inducing hormones. (Follow these 100 simple strategies to sleep better every night.) 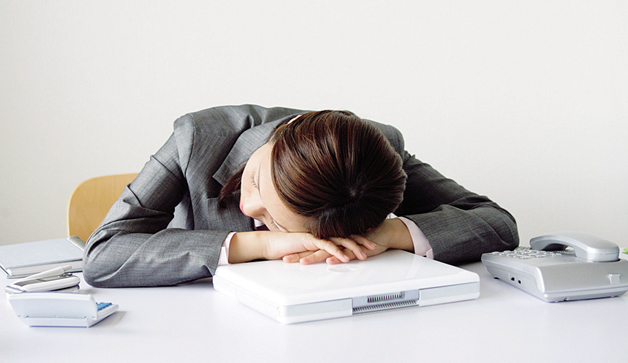 Early risers, it turns out, weigh less than night owls, according to a study from Northwestern University Feinberg School of Medicine. Researchers theorize that soaking up morning sun versus afternoon sun helps synchronize your internal body clock so you're more likely to have regular sleep patterns, which keeps your metabolism running efficiently. Sunlight is also the best source of vitamin D, which helps with fat burning. To reap these weight-loss rewards, enjoy 20–30 minutes of sun between 8 a.m. and noon.

4. You're drinking diet soda
Sugar-free is a buzzword in the weight-loss world, but research shows that consuming artificial sweeteners promotes weight gain. After drinking water laced with saccharin, aspartame or sucralose, mice develop glucose intolerance (a precursor to type 2 diabetes and metabolic syndrome), according to researchers at the Weizmann Institute of Science in Israel. Looking further, they found that the sweeteners had changed the composition of gut bacteria in the mice. These experiments have been replicated in humans; after only one week of ingesting artificial sweeteners, healthy subjects show symptoms of glucose intolerance and a change in gut bacteria. Drink water instead, or these slimming Sassy Water recipes. (Need more incentive to kick your soda habit? Check out this infographic Your Body On Diet Soda.) 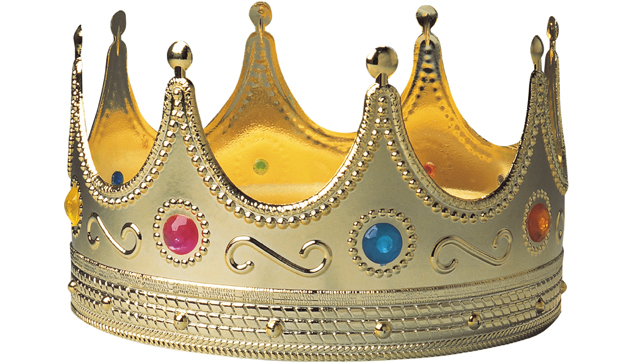 Not only does stress promote overeating, but it also stymies the metabolism. Researchers at Ohio State University found that women who reported duress in the previous 24 hours burned 104 fewer calories than non-stressed women after eating a high-fat meal. That equates to 11 pounds a year. If you're going through a stressful time, be mindful of what you eat, says Jan Kiecolt-Glaser, an OSU professor of psychiatry and psychology. "Keep healthy snacks in the fridge because you're less likely to want to prepare something."

6. You call exercise "exercise"
A funny thing happens when you refer to your morning walk as exercise. You eat more. That's what researchers at Cornell University discovered when they took two groups of adults on a walk. One group was told they were just having fun. The other group was told they were exercising. At an all-you-can eat lunch that followed, the latter group ate 35% more chocolate pudding. The bottom line: Whatever you call physical activity, don't reward it with extra calories.

7. You're jet lagged
Losing weight is never easy, but if you're a frequent flyer, it may be even harder. That's because air travel between time zones messes with your microbiome. Scientists at the Weizmann Institute found that the disruption in circadian rhythms caused by jet lag disturbs the microbes in your gut, which, in turn, raises your risk of obesity. To improve your weight-loss odds, follow these guidelines for avoiding jet lag.

DON'T MISS
Just 2 Tbsp. Of THIS Mixture To Your Morning Coffee Will Burn A TON Of Calories
Dieting The Low Carb Way
Holiday Sugar… and Not Eating it All
6 Drinks That Will Flatten Your Tummy
How to Lose 5 Pounds in 5 Weeks
Setting A Rational Weight Reducing Plan
Simple Actions On Exactly how To Shed Some Weight
10 Ways To Lose Weight
89% Of American Women Are Unhappy With Their Bodies. Heres How To Change That.
This Diet Can Lead To Weight Loss, Sharpen Your Brain, And Extend Your Life. But Do You Actually Want To Do It?

The Diets That Are Proven To Make You GAIN Weight

5 Metabolism Myths That Are Keeping You From Losing Weight