Let's get the obvious reason you overeat out of the way: Food tastes really good. And some of it tastes really, really good. The truth, though, is that everyone likes food, yet some people struggle to find their stopping point more than others. We asked Men's Health nutrition adviser Michael Roussell, PhD, to help you understand why. "Being aware of the reasons you might overeat can help you identify the behaviors that are holding you back from the results you want," says Roussell. Use his advice so that you can fill up without filling out.

(For more of Roussell's nutrition advice, strategies, and fat-fighting recipes, check out the Lose Your Spare Tire Program. It's the easiest and most effective way to drop 20, 30, even 50 pounds and flatten your belly forever!)

1. You use food as a reward (too often).
"Food is more than just calories," says Roussell. "It's part of your culture and your experiences, and it's also a great reward." And that's all good. But it's easy to make rewarding yourself with food a regular habit, rather than a special event.

Ever had a hard day at work and said, "I deserve a glass of wine"—and then proceed to drink the whole bottle? And have you ever done that more than once in a week?

"You need to be realistic about the caloric cost of using food as a frequent reward," says Roussell. Start noting all the places that you allow high-calorie meals or binge drinking to creep in because you "deserve it." If it's once a day, or even once every two or three days, you've identified a key area where you need to adjust your mindset. 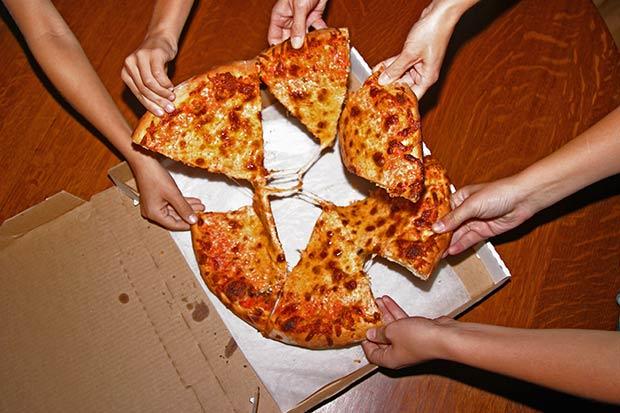 See if this sounds familiar. You eat a slice of pizza for a snack, and immediately grab another. You hesitate, but then think, "What the hell, I've already blown my diet. I might as well eat the whole thing!" (Researchers literally call this the "what the hell effect.")

Try to keep a logical perspective: Having an extra piece or two of pizza isn't a big deal in the grand scheme of your diet. "You can just eat a little less later in the day, or adjust your diet a little tomorrow," says Roussell. "Just remember that there's a big difference between eating 300 extra calories of pizza versus 1,000 or more."

There's room for error, especially if you plan for it. (Check out the Lose Your Spare Tire program for eating guidelines that will show you exactly how to do just that!)

3. You're too tough on yourself.
"The worst things you can do are beat yourself up when you eat junk food, or feel bad if the scale isn't moving," says Roussell. "Shame can drastically damage your weight loss efforts."

For example, in one study, University of Toronto researchers rigged scales to make dieters think they had gained 5 pounds even though the participants had actually lost weight. Those who felt greater shame about their weight gain subsequently ate more ice cream than those who weren't as bothered by their results. Wake Forest University scientists observed similar findings.

The bottom line: "If you eat too much of a food that you really didn't want to eat, don't beat yourself up," says Roussell. "Vow to do better the next time and move on."

4. You eat out too much.
According to the USDA, more than 40% of meals are eaten away from home. "The loss of control over portion sizes often leads to overeating," says Roussell. "Restaurants entice customers by offering bigger meals," he adds. "And unfortunately, many of us are conditioned to clean our plates instead of listening to our bodies."

Roussell's advice: "Look online for a restaurant's nutrition information ahead of time, and determine what's appropriate." At some chains, you can request a "half order."

If you're going to a more upscale establishment, simply plan ahead strategically so that you can allocate more calories for the meal—guilt-free. 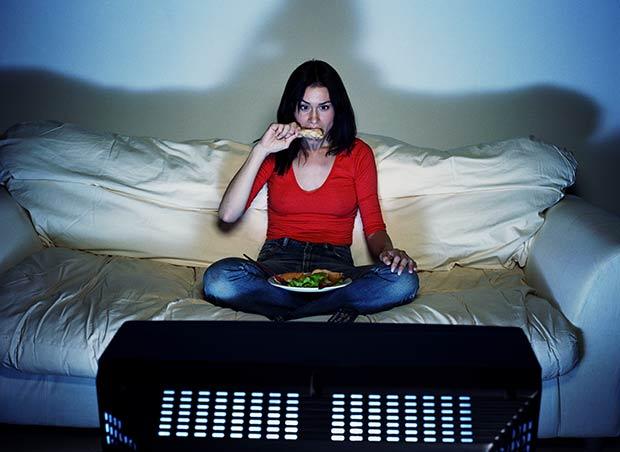 How often do you just eat—without watching TV, browsing Facebook, or working at your desk?

"Multitasking lessens your body's ability to sense the amount of food you are eating and thus how full it should make you," says Roussell. "In fact, studies show that eating while you watch a screen of any kind leads to consuming more food and a reduced ability to remember how much you ate."

Roussell's advice: Engage in eating as its own activity, and be mindful of what you're putting in your mouth. British researchers discovered that those who could recall exactly what they ate for lunch downed 30% less than those who couldn't. The scientists say that remembering recent eating might enhance awareness of how satiating the food was, which then has an effect on subsequent consumption.

6. You're really tired.
Lack of sleep and the ensuing fatigue has major implications on your ability to control overeating. Read: being tired saps your willpower.

A 2013 study in Proceedings of the National Academy of Sciences found that not getting enough sleep can cause people to eat up to 5% more calories per day—primarily after dinner. Fatigue also increases stress, another driver of willpower depletion.

Focus on getting 7 to 9 hours of sleep each night to help strengthen your dietary resolve and curb overeating.

And for best results, try to keep a consistent sleep schedule, so that you aren't as inclined to oversleep on the weekends. A recent Australian study found that people who sleep later than normal on Saturday and Sunday have greater levels of fatigue on Monday and Tuesday than those who rise at their regular time.

The article The 6 Sinister Reasons You Overeat originally ran on MensHealth.com. 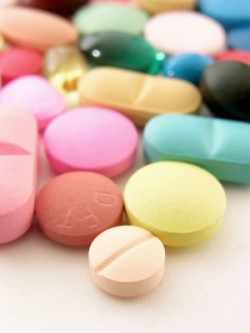 DON'T MISS
Having Issues With Your Weight? Try This Plan!
Slim Down Successfully And Feel Better About Your Weight!
Coronary Heart Disease, the Short Version
The Low Down On Weight Loss And You
How Can I Really Lose Weight?
Can You Really Lose Weight Fasting
The Paleo Revolution
Tummy Workout
What Is The Correlation Between Exercise And Weight Loss?
How To Make Weight Loss Exercises Easy And Enjoyable

The Only Advice You Will Ever Need For Weight Loss

The Worst Time Of Day To Eat Is…