10 Tidbits of Weight-Loss Wisdom from The Biggest Loser

I Am "The Biggest Loser"?

I claim the title "The Biggest Loser." Not because I dissolved hundreds of pounds, like the competitors on the eponymous, cult-followed NBC phenom. Not because I have the chutzpah (or the psychosis) to squeeze my grown rump and all its dimpled lumpage into spandex and a sports bra on a nationally televised network — and be weighed like a beef portion (heck naw!). It's because I gorged on the first three seasons — that's more than 40 hours of pixel play — in less than a week.

For the uninitiated, here's the skinny on this obsessively watchable tubecast: Between 12 (in season one) and 14 (in seasons two and three) overweight contestants compete to see who can lose the most weight in a six-month stint. Three months are spent on a desert-tropic dude ranch, where players' bodies are pile-driven by professional trainers. Every week, they face food-related temptations (eat this slab of deep-fried fill-in-the-blank and win a phone call home) and a physical test that, if won, comes with rewards. My favorites: high-end exercise equipment and immunity from elimination. One person is voted off the ranch every episode. The challengers who are still standing at the end of the three-month bid compete at home for the remaining 12 weeks. The prize: $250,000, baby!

As you can guess, droves of portly folk auditioned for the first three shows, which began airing in the fall of 2004. Thousands of pounds have been lost — over two tons in the third season alone (in addition to the 14 ranch dwellers, 36 rivals competed at home for a $50,000 purse). Seeing real people who are feeling real burnout and losing real flab is an inspiring formula. "We identify with these 'nonactors' because we see ourselves in them," says reality-show expert and clinical psychologist Geoffry White, PhD. While this program is one part gawkfest, the other half, I believe, is truly educational. These are the 10 trim commandments I gleaned during my view-a-thon.

You Must Be a Priority

Season one's third runner-up, Kelly, 28, described herself as a relentless giver who ignored her own needs and ate to satiate the emptiness she felt. After training with Jillian Michaels and losing a stunning 82 pounds (her starting weight was 242), she learned that nurturing herself is paramount. She could be a better daughter, friend, and role model if she lived in a fit and healthy body. With newfound dignity and self-worth, she also unlocked the possibility of having someone else love her in return. The lesson: Be your own high-stepping, baton-twirling majorette. The best way to inspire other underdogs is to set a constructive example; you never know who might take notice!

Do Not Worship at the Fondue Altar

In the beginning of season two, participants were allowed one final all-you-can-stuff-in-your face, junk-eating fete before they yielded to their calorie-restricted diets. Suzanne, 30, wasn't shy about opening her mouth beneath the chocolate fondue fountain. But after she gulped down all the syrup she could, she complained of feeling sick and disgusted by what she'd just done. The lesson: Nothing blisters the spirit (and stains the chin) like guzzling excessive amounts of cocoa. The trick to avoiding a repeat offense? Think of all the hours you'll have to log on the treadmill to singe it off.

Many of the "Losers" claim that before being on the broadcast, they didn't realize how big they actually were or how much they were at risk for heart failure or type 2 diabetes. Even though Dave, 39, was a squat, balding 250-pounder, he felt as if he stood six feet four inches with a full head of hair, he said on season one. The real deal: He had trouble performing a single sit-up. The lesson: Make sure your perception of how you look matches with reality. One smart habit: Keep a pair of "check-in" pants that fit perfectly at your ideal weight, and try them on every month.

In season two, the boys battled against the girls. And the women quickly found out that for several unfair biological reasons, the male team might lose weight at a faster rate. Nonetheless, melting off three pounds in a week is a phenomenal achievement, even if the blokes are pulling in double-digit figures. The lesson: Why compare your butt to anyone else's? Guys tend to have more muscle — a natural fat burner, experts say.

Sweat Your Frown Upside Down

Never underestimate the caloric power of emotional eating. In season three, trainer Bob Harper schooled his team on how to steer their stress and blues away from cupcakes and into a vigorous workout. The lesson: Next time you're about to abduct the fridge, turn on your heel and get to steppin' — in place, outside, or around the house. Applaud yourself for rejecting the bait, and harness that footwork whenever you feel weak.

Atone for Your Sins — in Writing

Season two's winner, Matt, 28, knows this statute by heart. After packing on three pounds in one week, he had to confess to himself — and his food diary — that a series of late-night feeding sessions was the culprit, not water retention. The lesson: Be real with yourself, because the scale does not lie. In fact, studies show that women who weigh themselves at least once a week have a better chance of losing weight and keeping it off compared with those who don't.

Kai, the 27-year-old runner-up from season three, loved late-night club-hopping, kicking back cocktails and shots, and waxing the dance floor. On the ranch, she learned she didn't need alcohol to get the party started. But she began retreating back into her old freewheeling behaviors when she returned home. Kai was faced with a choice: tequila or fitness. She chose the natural high over the liquid one. The lesson: You can't serve your body and the bar tab, too. Do you really want to put liquor over wellness?

If you're going to crave something sweet, and you know you will at some point, fugghedabout candy bars. Bob Harper showed the fellas that a low-fat Jell-O pudding dessert has far fewer calories than a bowl of ice cream but can be just as scrumptious. The lesson: You can indulge without cupboard fever. Go to www.fitnessmagazine.com/recipes for more guilt-free, delectable treats.

Maurice, the self-proclaimed "overweight lover" from the first season, adored country-fried chicken so much so that he ate it by the bucket load, an indulgence that helped account for his 436 pounds. When stripped away from his beloved drumsticks, he had the withdrawal symptoms of a drug fiend. His 2,000-calories-a-day ranch diet seemed fit for pigeons compared with his usual amount of grub. Trainer Bob taught Maurice how to identify when he's sated. Instead of using the marker of being uncomfortably full, he learned to listen to his body and put down his fork when he's no longer hungry. The lesson: Don't just taste the food; think about it too. Be completely conscious and aware of every bite at mealtime.

After the cameras were long gone, Suzy, 28, season two's third runner-up, negotiated this truth: Staying in shape was a choice she had to make. She'd have to remain steadfast and find pleasure in doing the grunt work — exercising daily, eating mindfully, and making healthful choices. The lesson: Expert coaching aside, you must find your own motivation, a catalyst to make you move every day.

I can testify to this rule, because I had to summon the stamina to stay conscious as I blinked through every single scene of the show's three seasons to write this story. It just so happened that I became impassioned about the task. Which is precisely what happened to the TV contenders: In the midst of their winded suffering, they ended up tapping into an inner gusto, one they hadn't felt in years, or for some, a lifetime. It's a vicariously triumphant experience. That's why this Loser couldn't help but break out the fat-free caramel corn and rewind each episode over and over and over again.

What's next for "The Biggest Loser" host Alison Sweeney? 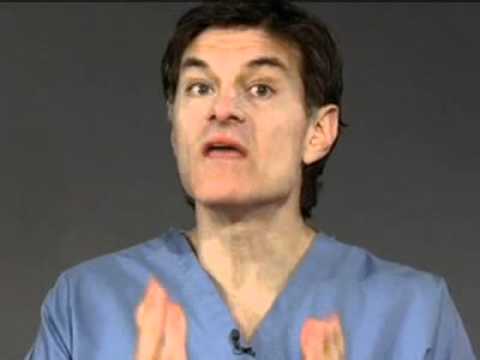 DON'T MISS
Lose Weight And Keep It Off With These Tips!
Eating The Right Way Towards A Healthy Weight Loss
Your Thyroid And Weight Loss � The Connection Is Real
How to Help Your Family Lose Weight
How to Burn Fat Fast
Best Detox Bath
How to Reduce Fat Without Doing Exercise
Fasting For Effective Weight Loss
Drop The Weight Now With These Proven Strategies
5 Weight Loss Tips Thats Just Need Common Sense Yet Arent So Common

How Can Visualization Help You To Lose Weight?

Successfully Lose Weight And Keep It Off