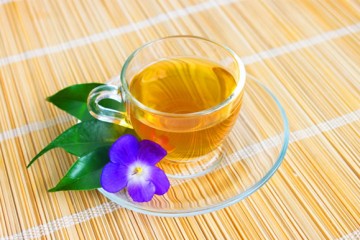 It is a phrase we have heard or said many times, probably trying to explain or justify why, while we are not eating too much, we have a tendency to fatten! Is there any truth in the above sentence?

According to experts, the metabolism (i.e. how many calories we burn) actually varies from person to person and is usually … faster in children, young people, people who exercise, men, pregnant women and those who have the genetic tendency to burn many calories.

Nevertheless, even if you do not belong to any of the above categories, there are some secrets that will help you find out your metabolic rate and then make it your ally. Knowing how metabolism works you will be able to lose weight fast and healthy and not gain the weight back.

What is the metabolic rate?

The metabolic rate is the rate at which our body burns calories. It consists of the basic metabolic rate which is equal to the amount of calories the body burns every day to carry out its basic functions, namely for maintenance (it is therefore the energy we need to operate the lungs, heart, the vessels, kidneys, liver, etc.). It is obvious that the basic metabolic rate is not the same in all humans, since it is changing and influenced by other factors such as age, exercise, genes, and smoking.

Who have a faster metabolic rate?

People who exercise regularly: This is because the more muscular you are, the higher the combustion you body is doing, even when it is at rest.

Men: Since typically men have more muscle mass than women.

Fat people: A fat man, even if it is just fat and not well trained, needs more power to maintain his body than a man less bulky and or thinner.

People that have a genetic tendency to have a faster metabolic rate: That means that it is likely that two people who have the same weight and the same amount of muscle mass have different basic metabolic rate due to their genes.

Young people: Because the basic metabolic rate decreases as the years pass (about 300 calories per decade), mainly because people lose more muscle mass, but also because they tend to exercise less.

Children and adolescents: During the body development the energy needs become greater-and thus the basic metabolic rate is proportionally greater.

Pregnant women: During pregnancy, and later, when the mother is breastfeeding her baby, there are increasing demands for energy. This is because during pregnancy the metabolic needs of the baby are added and during breast-feeding there is the need to produce milk that is rich in calories. Also, women have faster metabolic rate immediately after ovulation, because there is a slight increase of progesterone.

In winter, the basic metabolic rate of all people is higher. Because of the cold the energy needs of our organization is greatly increased.

When does the metabolism increase?

In people suffering from specific diseases that increase metabolism, such as hyperthyroidism.

In people with fever.

In people with stress. It is true that acute stress generally increases the metabolic rate, because of the increased requirements of the body for energy. Instead, when the stress is chronic, it negatively affects the metabolic rate, making it slower due to the chronic hormonal disturbances caused.

For smokers, and those who consume substances such as coffee, tea, etc., which stimulate the sympathetic system and hence contribute to increased metabolic rate.

Exercise: The best way to increase our metabolic rate

The easiest and healthy way to make our metabolism faster is fortunately in our hands and not different from physical activity, and this includes both aerobic exercise (walking, jogging, swimming, various sports) and exercises with resistance (weights).

If we exercise we will have double benefits: We will increase our muscle mass (which would increase the basic metabolic rate, even in calm hours) and we will burn more calories during exercise. Also, you should know that there are two types of muscle fiber, the type 1 and type 2 – the type 1 muscle fibers are those that consume more energy (calories).

Exercise except that it helps in the overall increase in muscle mass, increases muscle fibers especially type 1, which consume more energy (calories) even if we are calm. A minimum of 3 to 6 hours of exercise per week is the best. Through the day we can allocate the time devoted to exercise as desired, but also we can combine different types of exercise for maximum benefit: 15 walking in the morning, 15 evening and 15 running in the evening, along with exercises with weights.

How we can calculate our basic metabolic rate?

Useful tips to increase your metabolism

Apart from regular exercise, which is the best way to increase your metabolism, you can also:

Many of these substances are illegal in many countries (many belonging to the banned anabolic such as ephedrine and caffeine).

Avoid the chronic stress, as stress affects our metabolism and increases the tendency for abdominal obesity.

Follow a steady daily life routine, eat well, sleep well, because when the body gets ‘de-organized”, the metabolism becomes slower

Eat many small meals (6), because the process of digestion increases metabolism slightly and ultimately we burn more calories.

Prevent the deprivation diets (less than 1,100 calories for women, less than 1,400 for men), since they will lead us to gain more weight and to do our metabolism even slower. This is because the first weight you lose fast in deprivation diets is mainly liquids, then muscle and fat tissue, but later you regain mainly fat.

6 Strategies Nutritionists Use To Break Bad Eating Habits For Good