Well after three almost four seasons of watching the Biggest Loser as well as blogging about it I have now decided to boycott the show for good.

Anyone that saw tonight’s episode of the Biggest Loser was a horrible farce and hurt most of the contestants and I expect most of the viewers.

So, what happened tonight on the Biggest Loser, horrible gamesmanship. One of the teams conspired against everyone else but in the end one of the players, Neil, cheated by retaining water and gaining 17 pounds and instead of getting kicked out of the game he actually got what he wanted and that was for someone on one of the other teams kicked out.

There are of course no rules against trying to gain on the Biggest Loser but going this far is a terrible way to try to play the game.

NBC has always tried to plug the Biggest Loser as a motivational show where people come together and support each other to try to lose and change their lives but then they have allowed this to happen.

I know that there is no way to change this as the show is taped ahead of time so the next few weeks have already been taped but with falling ratings you have to think that NBC has conspired with the people on the show to create a ridiculous controversy that does nothing but piss of the viewers that still support the show.

for most people it is hard to lose and losing 1 or 2 pounds is all that most people really expect. For this show to inspire people with 10 pound losses and then to allow one person to game the show with a 17 pound gain is absolutely terrible in my eyes

Boycott the Biggest Loser by not watching it anymore. 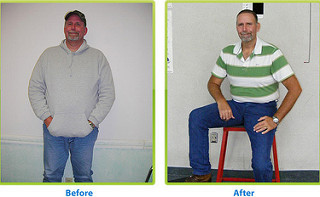 How To Motivate Your Husbands Weight Loss

What are empty calories foods with examples