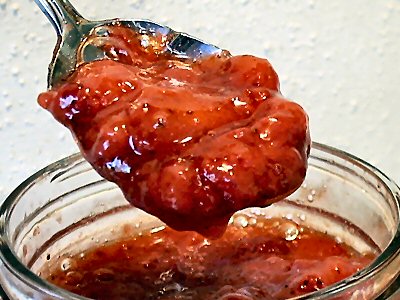 Sprinkle the gelatin over the water and let stand 5 minutes to soften. Meanwhile, chop the berries and gently mash them a little. Add the Splenda and lemon juice. Microwave the gelatin about 30 seconds until melted but do not boil; stir until dissolved. Add to the berries and mix well. Pour into a pint container. Cover and chill at least 4 hours until set. This jam would not be suitable for use in baked goods or anything that would be heated.

Makes almost 2 cups or 32 tablespoons
Do not freeze

I don't know yet if the 1 teaspoon of gelatin will be enough to thicken this properly. If not, it will still be perfectly fine to use as a dessert topping over some Cheesecake Pudding. I decided not to cook the berries like I did with the Raspberry Jam. I thought they would have a fresher flavor that way.

UPDATE: One teaspoon of gelatin wasn't enough to thicken this to a jam-like consistency. It was fine for a dessert sauce, but I would use the full amount for making jam.

UPDATE 2: I discovered something interesting about how this jam thickens. I was having trouble getting it to thicken up every time I stored it in a glass canning jar. I made another batch today using 1 1/2 teaspoons of gelatin but this time I let it set up in a plastic bowl. Within a very short time it was almost as thick as Jell-O. Apparently gelatin will set up better when the liquid you want to gel isn't very deep in the container. 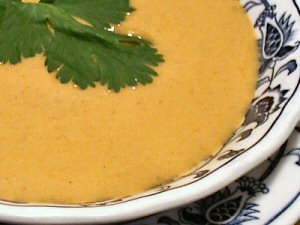