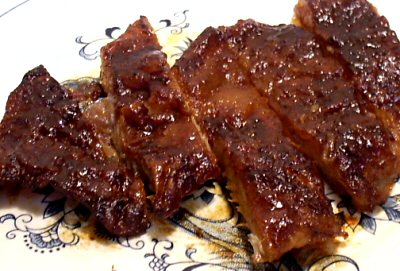 Mix everything together in a small bowl. Add to stir-fries or use as a sauce or dip for roasted meats.

Dottie used her sauce to make a chicken stir-fry. I liked the sound of the combination of ingredients so I decided to try using it on some leftover roast pork. Since I didn't have any of the hot chili paste that Dottie's recipe called for, I took a chance and used some red curry paste. I also added the sesame oil, which wasn't called for. This sauce is so tasty that I'm going to make up a larger batch to keep on hand. It was wonderful on roast pork. I spread it over the meat before I reheated it in the microwave and it formed a nice glaze. The sauce is only slightly sweet and quite tangy but I think it's just right. I'm looking forward to trying this in a stir-fry sometime. The flavor reminds me of something that I've had in a Chinese restaurant and I think it may be the General Tso's Chicken sauce but this isn't nearly as sickly sweet and sticky. I had some trouble getting a nice photo of my pork but you get the idea. This makes a nice, shiny reddish color glaze on the meat.

Makes about 2/3 cup or approximately 10 tablespoons 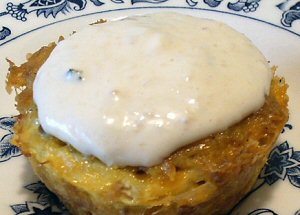