Peel, seed and chop the chile. Put everything in a mini food processor and process until smooth. Adjust the seasonings to taste.

Makes about 1 cup
Do not freeze

I think I got this recipe from Emeril's cooking show but I may have just found it on the Food Network website. I used about twice the amount of chiles as were called for simply so I could use them up. I tried some on a hamburger topped with melted pepper-jack cheese. It was OK, but nothing special and I don't think I'd bother making it again. One thing that might jazz it up a little would be some fresh cilantro but I didn't have any. By the way, I made just half a batch of Emeril's recipe so it would fit in my mini food processor and also so I could try it to see how well I liked it before making a larger batch. 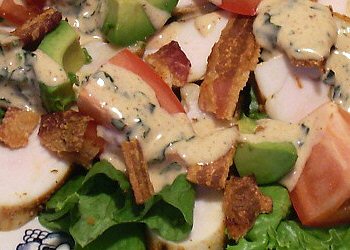