Are Negative-calorie Foods a Myth or a Fact? Find Out NOW

11/29 14:40:10
Did You Know?Diligently following a very low calorie diet (VLCD) can reduce weight by around 2.2 to 5.5 pounds per week. However, it should be noted that this type of diet is certainly not a long-term healthy eating plan.hen it comes to losing weight, we are often advised to focus more on eating vegetables like celery, spinach, lettuce, and cucumber, and fruits like oranges, blueberries, and peaches. The reason given is that they are negative-calorie foods, meaning, the body has to spend more calories digesting the food than the amount of calories actually contained in the food.Theoretically, this may sound feasible, but in reality, does this argument hold any water? Here, we will discuss the myths and facts about the 'negative calorie' tag associated with certain foods.Negative-calorie Food Theory 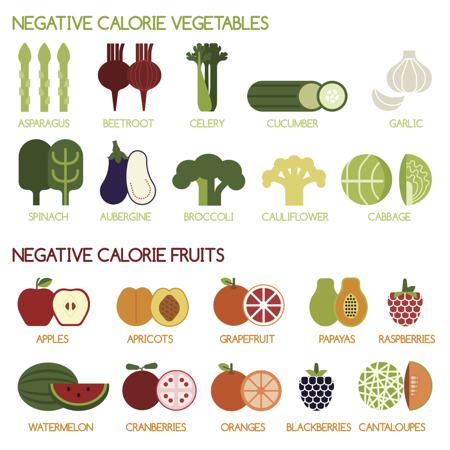 Are negative-calories foods real? Before discussing this, we need to know the concept of calories related to food. A calorie is a unit of energy, and in terms of food intake refers to the amount of heat energy released when the food is broken down in the human body. Now, according to proponents of 'negative-calorie' foods, the body expends more energy to digest these foods. In simple words, the body has to work harder to initiate chemical breakdown of the food into smaller units, which purportedly translates into higher calories burnt (than present in the food) during the major work of digestion. So, the body supposedly is left with net calorie loss after digesting these foods, which eventually leads to weight loss.The FactThe amount of calories (energy) used by the body during digestion is known as the thermal effect of food, which is claimed to be more than the calories supplied by the food under consideration. This idea is too simple to understand, but unfortunately, has no scientific backing. In fact, in case of vegetables and fruits, studies show that the thermal effect of food is just 5 to 10% of the total calories present in the food. Even in case of protein foods, the body uses up to 30% of energy from calorie-intake. So, as wrongly believed, 'calorie expenditure' to fuel digestion never goes beyond 100% of the calories present in food. Meaning, more calories are never spent on eating the food than actually present in the food in question.Negative Calories - A MythA large stick of celery only has 10 calories, and so, according to proponents of the theory of negative-calorie foods, the body should expel more calories to digest the celery. However, in reality, the calorie expenditure is just 1 or 2 calories. Similarly, one cup of balls of watermelon has only 45 calories, but the energy expended on digestion is pretty less; 5 to 10 calories. Consider an orange, which is claimed to cause net calorie deficit after digestion. A medium-sized orange provides around 62 calories, but it takes only 6 to 12 calories to digest. So, in reality, one can see that the calories used to digest these so-called negative-calorie foods is far less than they offer.

Yet, these vegetables and fruits are helpful in reducing total calorie intake. This is because, they are high in fiber, which is known to slow digestion as well as keep the stomach fuller for a longer amount of time. This actually works in cutting down food cravings.On the whole, there is no such thing as negative-calorie foods, but that does not mean vegetables and fruits are not good to lose weight. There is no doubt that these foods are low in calories; hence, you can always include them in your low-calorie diet to drop those extra pounds.
Appetizers and SnacksBreadsDessertsDrinksMain DishesSalads and DressingsSide DishesSoups and StewsVegetable DishesLow Calorie DietMiscellaneous
Related Articles 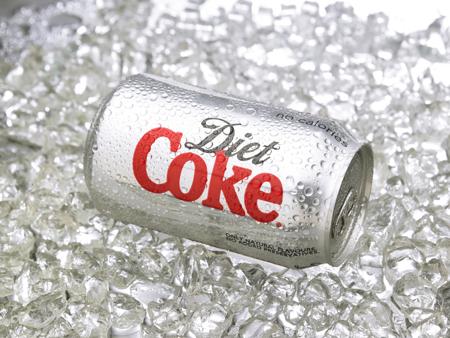 Are Negative-calorie Foods a Myth or a Fact? Find Out NOW

Foods That Actually Make You Hungrier

Unbelievable But True! These Foods Actually Make You Hungrier