Question
QUESTION: Hi, I would like to boost my metabolism, can you tell me what are the best ways?
And can you tell me if termogenics are good for weight loss? Like Fat Attack, from Bodygenics?
I won't have problem with changing my eating habbits to healthier once I've lost weight, if you might say it's a short term help or that I'm gonna gain it all back in 1 month.
Thanks

ANSWER: Some thermogenics are proven for short term weight loss, but you have to take a lot to see a difference (which can be dangerous with the pills out there) and there are downsides- like the risk of heart attack.

Your best bet is to use a natural and proven source- Green tea. It takes about 8 cups of strong brewed green tea a day (with no sweeter added), or if you can find a reliable green tea extract the equivalent of 8 cups- but in studies it has been shown to work- plus it is good for you- plus the caffeine won't send you flying.

QUESTION: Are the variations of Camillia Sinensis better then the green one? I mean, white and red tea? What's better for boosting metabolism? I've heard green tea boosts in 4%, white boosts in 8%, and red from 10 to 12%.
True?
Thanks

ANSWER: Bruno,
Given the massive marketing machine behind weight loss, I try to only site studies that are produced by uninterested parties and in human subjects.
Green tea was shown to be effective by a University in the Netherlands on human subjects. All of the "studies" I have found on white tea and red tea are conducted by folks who sell the stuff.

White tea has many benefits- including being shown to reduce the number of tumors in mice- but as far as I am aware there has been no legitimate studies on its effect on metabolism.

Red tea,(which isn't actually tea at all, but the leaves of a rooibos plant) has had less studies done on it, since the West hasn't been aware of it very long.

So is it true? Maybe, but I don't have the science to back it up yet. White tea has less caffeine than green, and red tea has none at all, I do not believe that there is much harm in drinking either; though I will tell you that both black and red tea slow down the absorption of iron.

I try my best not to get caught up in the hype and only give advice on things that have been proven to be true- there is too much hype out there as it is!

QUESTION: Thanks Doc. And I believe that's my last follow up. I have no heart issues, and that termogenic (Fat Attack) has no Ephedra. Would you recomend it?
And can you make your own Ephedra? I've heard some people doing their own Ephedra, drinking coffee and ephedra (bought in the pharmacy), and in a regular and safe dosage.
I'd really like to buy that Fat Attack, I'm just waiting you to say: I would recommend it even thou there is some small side effects, or I wouldn't recommend it because 10 thousend died on its account. Keep in mind that I won't blame you for any side effects, and if the problem is getting serious, I'll stop using it. So? Think Fat Attack from Bodygenics would work?
Thanks

Answer
Okay so there are two questions here- Is ephedra safe?  and Should I take Fat Attack?

Ephedra (also known as Ma-huang) is an ancient Chinese herbal medicine used to treat asthma and other respiratory issues.

Ephedra is illegal in supplements in the US-which of course doesn't mean you can't get it but, it probably isn't a good idea. According to psychiatryonline.org

" The RAND Corporation抯 review of some 16,000 adverse-event reports revealed two deaths, four heart attacks, nine strokes, one seizure, and five psychiatric cases involving ephedra in which the records appeared thorough and no other contributing factors were identified.

In addition, three cases of psychosis related to use of ephedra-containing herbal supplements were reported in the July 2003 Southern Medical Journal."

Additionally 151 ephedra related deaths were found by the folks that turned the supplement people in to the FDA.

Gelatin- Binder for the caplet, I assume

Tyrosine- non essential amino acid, not to be taken with anti-depressants, low risk of adverse reaction

More serious adverse effects may include seizures and renal failure. Yohimbine should not be consumed by anyone with liver, kidney, heart disease, or a psychological disorder.

Consuming cheese, red wine, or liver while taking yohimbine is not recommended, as this may increase blood pressure to unsafe levels.

Cayenne pepper- Thermogenic, must be taken in high quantities to be effective, can cause stomach upset.

I'm not a doctor, so if you are on any meds you might want to check with yours first before taking this, many ingredients have reactions to meds (or if you are diabetic). But with this info, you should be able to look at the risk, and come up with your own informed decision. 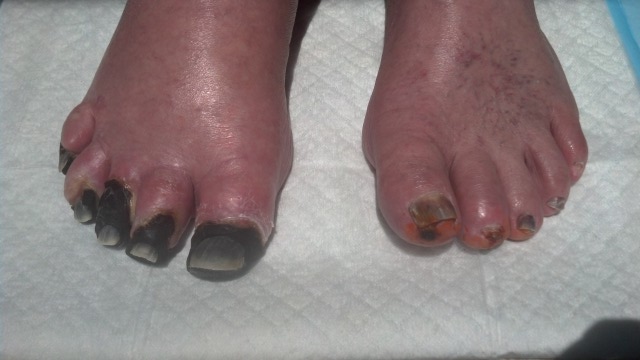 wanting to get a flatter stomach