Question
Nina
After becoming Vegan in the new year, I discovered I am 'different'-I lose weight on a starch based diet even if its the same or more calories than a 'conventional or meat based diet. This goes against conventional wisdom and the Atkins theory.
I wonder if this would apply to cardio for me as well?
I like long slow runs or bikes, as opposed to the interval type that is now the rage. I tried the interval thing for a month all I got was sore feet and knees. Back when I was a skinny kid I walked everywhere and was skinny. I also are tons of carbs (we couldnt afford much meat) and was skinny.
Thanks for your opinion. Also, I cant help thinking about my trip to China. People walk or bike everywhere, and I saw people eat tons of food-but mostly noodles and rice.
I think the American approach, at least for some, is wrong. Maybe its abount body type or metabolism? We drive everywhere, eat tons of meat, than for exercise to a 20 minute 'HIIT' workout.
Maybe it works for some, but not all? Does it depend on your metabolic type? Asian vs European? Thanks so much.

Answer
Vegan diets tend to be healthier, lower in fat and calories and higher in fibre (although there are exceptions). Of course, individuals who are burning calories by walking and cycling rather than relying on other forms of transport tend to be able to consume more calories. Also, starchy food (like rice and noodles) is more filling and generally this type of carbohydrate releases energy slowly so you don't tend to snack as often. I don't think there are metabolic differences between Asians and Europeans, simply different attitudes in diet and lifestyle choices. 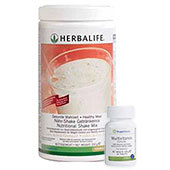