Despite Suffering The Toughest Losses A Mother Can Face, Julia Ellis Found The Will To Keep Fighting

Like so many women, I wanted desperately to be a mom. But parenthood didn't come easily for my husband, David, and me. After several grueling rounds of in vitro fertilization and two ectopic pregnancies that resulted in loss, I finally became pregnant with twins—a boy and a girl. I was so excited and relieved. But at 20 weeks, my water broke. Baby Aaron was born and lived for only 5 minutes. Sarah was stillborn a week later.

We were devastated. No matter how hard I tried, I couldn't shake the constant memory of losing my twins. I fell into a deep depression, bingeing on food and watching mindless TV. I knew this lifestyle was damaging my health, but I couldn't bring myself to change my habits.

Finally, hope came in the form of a surrogate. At first I was terrified that we would lose this baby, too. But when we heard our son's heartbeat, somehow I knew that this would be different. We were going to be parents—and I had to be healthy. It didn't happen overnight, but I slowly got back to exercising, eating a healthy diet, and watching my calories.

Soon the weight started coming off, and my cholesterol and blood pressure levels dropped. But nothing was more motivating than holding our son, Caleb, when he finally arrived. The moment I pressed his tiny body against mine, a flood of emotions washed over me. It was like holding a part of myself. We finally had the family we had hoped for. I've since lost another 35 pounds, and it's been easier than ever to get my butt to kickboxing class. Every time I see Caleb's smile, I know I'm going to do whatever it takes to live my best—and longest—life. 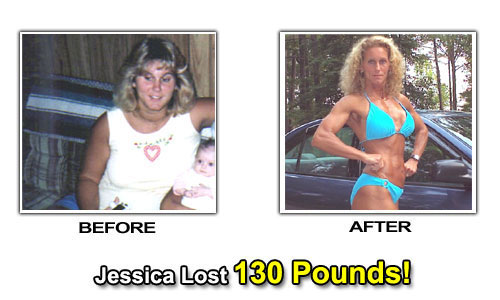 Why Pamela Heffernan’s Loss Has Her Singing Praises