The Connection Between Leptin Levels and Weight Loss Explained

11/29 14:36:58
Hormones are biochemical substances released by a cell or gland in one part of the body, that affect the cells, tissues or organs in another part of the body. Hormones are produced in very minute quantities but elicit profound functions in the body. Hormones are of three types, viz. endocrine hormones (released directly into the bloodstream), exocrine hormones (secreted into a duct, from where they flow into the bloodstream) and paracrine hormones (which are never released out of the cell, but diffuse directly from one cell to another). Leptin is an important endocrine hormone in the body.Leptin was discovered by Jeffrey M. Friedman and his colleagues at the Rockefeller University, New York City in 1994. Much prior to its discovery, in the 1950s, the effect of leptin was observed in obese mice. These mice were shown to carry a homozygous single gene mutation in the gene encoding the hormone itself (ob gene) or that encoding the receptor of the hormone. Detailed study of such mice led to the discovery of leptin.Since the time when effects of leptin were observed in mice, it has been shown that there is a direct link between obesity and leptin levels in the body. Leptin levels must hence, also affect weight loss. Here is an explanation of how leptin levels and weight loss are linked.About LeptinBefore we look at the connect between leptin levels and weight loss, let us take a look at some of the general properties of leptin.DefinitionLeptin is a protein hormone that regulates food intake and metabolism in the body. (Usually hormones are of three chemical types, viz. peptide hormones, lipid-derived hormones and monoamines. Leptin is a peptide hormone.)General Properties Synthesis

Of the different endocrine organs in the body, adipose tissue is the one responsible for the production of leptin. Humans have two kinds of adipose tissue - white adipose tissue and brown adipose tissue. Leptin is primarily synthesized by the white adipocytes (cells of the white adipose tissue).
Apart from this, leptin is also synthesized by brown adipose tissue, ovaries, stomach, bone marrow, etc.FunctionsLeptin primarily functions to inhibit appetite. Leptin elicits its functions by binding to leptin receptors in the hypothalamus of the brain. The main functions of leptin are -
Normal Leptin LevelsFor Men: 1-5 ng/dl
For Women: 7-13 ng/dl
The normal leptin levels for healthy males and females are different due to the fact that men and women have a different amount of adipose tissue in the body. White adipose tissue contributes to about 20% of body weight on an average in a healthy male, and 25% of body weight on an average in a healthy female. Thus, the number of adipocytes and consequently the levels of leptin are different in men and women.It may be evident from the description of the hormone so far that the leptin level in your body must be connected to weight loss; leptin being an adipose derived hormone that is directly affected by, and proportional to the level of adipose tissue in your body. How does the network of leptin level and weight loss operate? Here is how.The Connect Between Leptin Levels and... 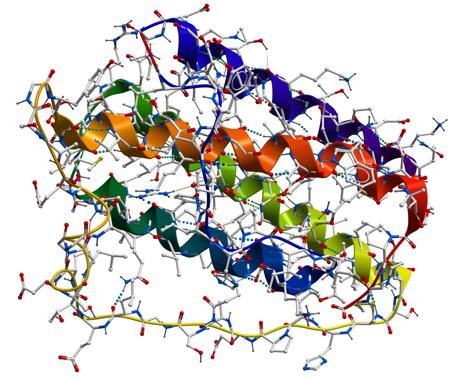 ... Appetite: Leptin is produced by white adipocytes. The adipose tissue stores lipids. The oxidation of lipids releases usable energy in the body. If the body has a lot of adipose tissue, in turn a lot of leptin is produced. This acts by inhibiting the feeding stimulant in the brain. In turn, we "feel" less hungry. In layman's terms: lot of adipose tissue means the body is well stocked with 'food', hence leptin produced by the adipocytes tells the brain, "Okay there is enough energy, stop eating!" On the other hand, fasting or following a very low-calorie diet can deplete the fat in the body. Hence adipose tissue shrinks, leptin levels drop, feeding stimulants (which were earlier inhibited by leptin) act and we feel hungry. 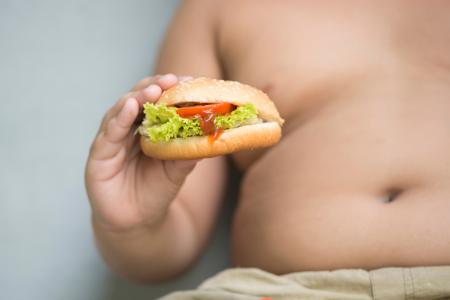 ... Obesity: In normal people, if there is a high reserve of fat in the body, leptin prevents overfeeding. This is how leptin affects weight gain. However, in obese people, unusually high levels of circulating leptin are observed. In spite of this, these people do not "eat less" even after the excess leptin circulating in their bodies. Obese people are in fact resistant to levels of leptin. Persistent high levels of leptin act by desensitizing the body to the effect of leptin. However, it has also been suggested that rather than avoiding overfeeding, leptin in fact acts by regulating the effect of starvation. Leptin resistance and the factors affecting it is an area where a lot of research is being done in the hope to find an answer for the obesity epidemic hitting developed countries. 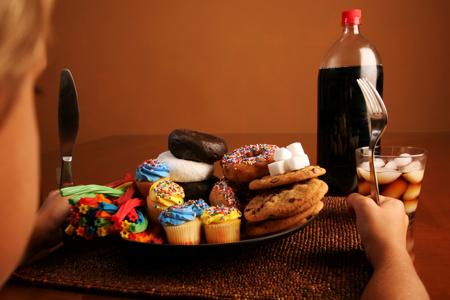 ... Food Nutrients: Certain food products in the human diet have shown to have a profound effect on the leptin levels in the body. These are collectively known as leptin foods. One such food nutrient closely associated with leptin resistance is fructose. A diet high in fructose has been shown to induce leptin resistance in rats. It has hence been suggested that high intake of food products like candy, soda, or other sugary foods may lead to leptin resistance.From the Evolutionary StandpointIt has been suggested that leptin resistance is in fact an evolutionary benefit to animals. Leptin inhibits appetite. This in turn affects food intake. However, an organism that was resistant to the effects of leptin would never 'limit' its food intake; it would never 'starve'. Hence leptin resistance has in fact been said to be a good thing. It has also been demonstrated in a few laboratory animals that leptin resistance is transitionally induced when the animal is put on a high energy food diet. This has also been proposed to be evolutionarily linked: the ability to efficiently store food (energy) when it is available confers a survival advantage on the organism. However, these claims are debatable, as leptin resistance is in fact seen in obese individuals, and obesity itself is not beneficial or conducive to survival!The leptin hormone, hence, has a very close association with food intake, energy resource and weight loss. However, it is not the only factor that affects weight loss. No doubt leptin levels in the body affect body weight; however, a more prominent effect is elicited by the kinds of food we eat and the lifestyle we follow. The key to healthy and sustained weight loss is a proper balanced diet, and good amount of exercise.
Methods To Reduce WeightWeight Loss DietCommon Sense ArticleExercise GuidesWeight Loss StoriesBelly FatObesity
Related Articles 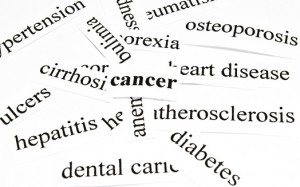 Advice for Your Weight Loss Goals

Laparoscopic bypass Surgery and How it Works