Are There Foods To Avoid When Trying To Lose Weight?

I was asked this question recently. The person who asked me this was expecting me to say things like, "Avoid carbs like they're poison," or, "Keep away from sugar," or, "Stop eating bread."

I didn't say any of those things. Ultimately, I believe that blanket statements like these aren't helpful when it comes to losing weight, and I don't believe that there's any particular food or food group you should avoid at all costs.

Anyone can make pronouncements to avoid certain foods to lose weight, but their value to you boils down to one thing:

Can I realistically follow this advice for the rest of my life?

For most people, asking them to avoid entire food groups isn't particularly realistic. In the case of avoiding carbs, there are real questions to be asked about the health implications of such advice.

For others, they can "should" themselves to death, saying that they shouldn't eat things like sugar or bread. In the end though, they often find it very difficult advice to follow. When people receive inflexible advice, they tend to blame themselves for lacking willpower or self-control when they can't stick to it.

Losing weight certainly requires some persistence and determination, as well as focus, to change your behavior. But at the same time, what works for one person doesn't necessarily work for another.

Ultimately, we should be pragmatic about this. We shouldn't make absolute statements. Each person needs to find the formula that works for him. This means taking an individual approach.

As an example, imagine you're overweight because you eat large portions, eat lots of chocolate, like a few glasses of wine in the evening and you snack on things like cookies and cakes at the office. Also, you don't get enough exercise.

On a normal "diet," you'd be told to replace all your meals with "healthy ones." You'd be told to stop eating chocolate, cut back your wine and eat fruit as a snack at the office. And you're expected to go to the gym three times a week and sweat off the calories.

In other words, the standard advice is destined to fail. Actually, there's not much surprise there, is there?

If we were taking a practical, behavioral approach, a better way to do this would be:

With things like chocolate, wine and snacks during the day, you need to establish a list of priorities. Which ones are you most willing to cut back on? Are there foods that can be replaced with something else? As an example, I've had many clients replace milk chocolate with dark chocolate (which it's much harder to eat too much of), and other clients replace wine with sparkling water and lime.

If you don't think you can make it to the gym, find other ways to increase your physical activity.

It's important to remember that these are general suggestions and the key here is finding something that works for you. There are no official rules. Sometimes it's trial and error before you find what works. But there is a combination that's right for you.

The point here is that rather than accepting someone else's rules, failing to stick to them and then beating yourself up about it, you should make practical changes to your eating that you can realistically live with. 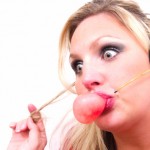 DON'T MISS
Glucagon And Aging Breakfast How Not To Start The Day Part III
IS THE SCALE REALLY HELPING OR HURTING YOUR WEIGHT LOSS GOALS?
Weight Loss Pills Miracle Drugs Or Money Wasters
Dieting -- The Monk Diet
How I Went From Weighing More Than 300 Pounds To Exercising Every Day
Several Explanations Of Weight Gain
Revealed - Lose Cellulite And Fat With A Cellulite Detox
Is Excess Weight or Excessive Weightlifting Causing Deadly High Blood Pressure For You?
How to Calculate Calories Burned While Sleeping
Be Extra Analytical When Selecting Weight Control Systems

Four Things you Must do Before Starting a Weight Loss Program

Your Runs Are Sabotaging Your Weight Loss. Heres What To Do Instead