Do You Feel Weighed Down By Guilt? Read This

Having "a weight on one's conscience" is a term many people use when feeling guilty about something, or if we feel we've done something that goes against our better moral judgement. A really interesting paper, published this year in the journal PLOS ONE, looked at the bodily experience of guilt to see if we actually embody the emotion of guilt. Across four studies the authors examined whether:

2. Feelings of guilt explain this effect.

3. Whether there are consequences of the weight of guilt.

The findings were really interesting. The study authors found that recalling personal unethical acts led to a higher subjective body weight compared to control conditions, and that heightened feelings of guilt made the impact on subjective weight feel stronger. They also found that the feeling of guilt impacted the "perceived effort necessary to complete tasks that were physical in nature".

So it really does seem that when we feel guilty, it's grounded in our subjective bodily experience, and we literally feel heavier as a result of guilt.

The feeling of guilt can be really useful in making us aware of the responsibility we have for an event. It gives us the opportunity to make amends, say sorry, and to let go and move on in a loving way. One potential limitation of the present research is that it's possible that weight related to guilt may also vary depending on individuals' propensity to experience guilt — sometimes people feel guilt and responsibility when they really haven't done anything wrong. They may be in an emotionally manipulative relationship or friendship, or are used to saying sorry for everything and being blamed for things when really they did nothing wrong. For these people, carrying a burden of unnecessary guilt may be incredibly difficult, and unhealthy, in an emotional and physical context.

Personally, I think the message in the research is to look within ourselves; if we feel weighed down with authentic guilt, we need to ask ourselves if there's an action we could take. Do we need to make amends with someone and ask for forgiveness? Or if our self-esteem is low and we can recognize that we didn't actually do anything wrong, then is there something we can do to move on and let go of the feelings of heaviness? For example do we need to seek support in building our assertiveness in order to recognize an emotionally manipulative relationship that we are in?

These are just a few of the questions you may ask yourself, but in any case it's worth remembering that the next time you feel like guilt is weighing you down, it might actually be true! 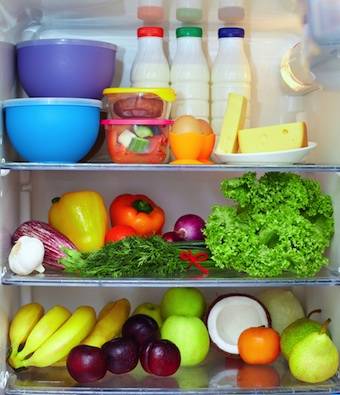