There's no wisdom in judgment, but many of us are trained to judge from a very early age. In the journey of losing my mother, I had a really fascinating experience with the path of judgment.

In 1992, brain surgery unexpectedly left my mother paralyzed on the right half of her body. Because she was only 49 and in pretty good shape, she was able to recover her mobility with focused, frequent physical therapy.

About a decade later, things began to change. Her mobility slowly began to decline, beginning with her right leg. Because her right side was affected, doctors were thinking this decline in mobility had something to do with her previous brain surgery. They were investigating whether they should do brain surgery again, and though she tried many alternative healing modalities, slowly, steadily, she continued to lose her ability to move.

During this time, she also was gaining weight. We, my family and I, especially my father and I, were judgmental about this weight gain, frequently encouraging her to try and lose the weight. She was also trying physical therapy again. Every time it failed, and it always did, she beat herself up endlessly. At the same time, I suspected she was overeating.

By 2008, she was prone to having scary falls off her scooter while transitioning from one position to the next.

By 2009, she was having difficulty showering herself, so we hired full-time help to care for her. This was a big step. My parents were ashamed to admit that we needed help, although it was such a gift in the end. The girls who helped us became like family.

By 2011, she was diagnosed with advanced stage ALS (Amyotrophic Lateral Sclerosis) and given 6 to 12 months to live. Her compromised mobility finally spread to her left side. This is what caused the doctors to test for and discover ALS. My suspicion is that it had been slowly progressing since somewhere between 2002 and 2006.

ALS often consumes its victims far more quickly than it did my mother. What caused hers to move so slowly?

A few months after my mother’s death, I was visiting a friend, Jared Dunten. Jared is a quadriplegic mouth painter who makes his home outside of Austin, TX. We once worked together and I was picking up some of his paintings for a fundraiser we were doing on his organization’s behalf.

Jared also lost his mom to ALS. He told me about how his mother was working with doctors at a specialized hospital in Houston, Tex., and how those doctors told them that if she gained weight, it might slow down the progression of ALS. He was saddened because his mom, always thin and tiny, refused to gain weight. And so she passed quickly, once diagnosed. I felt my blood run cold.

I specifically remember walking into the kitchen late one night to find her scarfing a pie down without even bothering with a fork or plate, just tipping the pie pan back and pouring the contents into her mouth. I backed out and left her to her pursuit, disgusted.

What if her tendency toward overeating is what caused her to be with us, even though she was likely suffering ALS, for a much longer, extended period of time?

I can confidently say I would not trade a single minute of life shared with my mother for a skinnier mother.

I once shared a piece of this story on my Facebook page. One of my connections on Facebook replied with the following (paraphrased):

My grandmother was a spokeswoman for Weight Watchers most of her life. She was always dieting and focused on being thin. When she was dying, I visited her in the hospital. She called me to her bedside and said, “Honey, all those years spent losing weight and dieting. Look at me now. “ She lifted her gown. “I’m nothing but skin and bones.” She patted her hand. “Honey, eat the ice cream.”

Don’t be judgmental -- of yourself or others. You never know why you might be called to do what you do. I, for one, am glad my mother allowed herself to eat as she did. If you have a loved one whom you disapprove of for whatever reason, their shape, their health habits, or worse, if you disapprove of your own self and drench yourself with loathing and hatred, please stop. Please find your way to love, regardless of the number on the scale.

In the absence of hatred and in the face of love, that is where true change can begin. And in this space, we reach our highest potential. 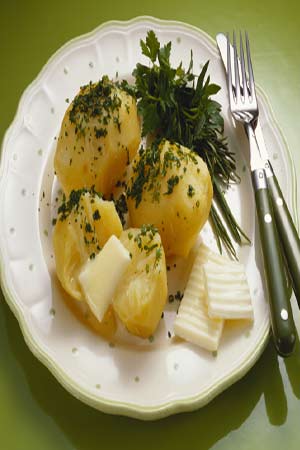 You Should Be Using Food To Nurture, Not Torture, Yourself

40% Of The World Is Now Overweight

5 Diet Tips To Avoid Gaining Weight Over The Holidays

Is Sugar Making You Dumb?