The problem is that you can抰 target fat loss and there抯 no specific chin exercise that will do so. When you train your body to a certain point, you use up all of the stores of ATP (andenosine triphosphate) that the body has readily available in the muscles and the liver. From here it begins to burn the glycogen stored elsewhere and then finally the fat cells stored around the body. Unfortunately the order in which it does this is something that抯 determined genetically and can抰 be dictated by training an area specifically. If you do lots of sit ups for example you will train the muscles on your stomach, but you won抰 necessarily have a visible six pack as your body won抰 necessarily burn the fat from that area for fuel. At the same time when you eat you will put on fat in various areas again dictated by genetics and again there抯 no way you can alter this order. Normally the last place we burn fat from it the first place we put it on. Some people of course are lucky; some women store fat in their breasts and burn it from their face, stomach and arms while some men store fat in their arms and legs burn it from their face, chest and stomach. For the rest of us though it抯 a constant battle to look our best and we have to be very healthy to look even slightly healthy. For this reason doing a specific 慸ouble chin exercise?will be no more affective than going running, and will likely be less effective as it won抰 burn as many calories.

Despite this, a quick search of the internet will bring up many exercises that claim to be the miracle double chin exercise. These generally work by aiming to train the platysma muscle which is responsible for the downward movement of the jaw. Here you are instructed to lie on your side when you go to bed and to gently tilt your head back. From here you are told to try gently opening and closing your mouth which should feel slightly stiffer at this angle. While this exercise might well strengthen the muscle, it won抰 do anything about the fat surrounding it and may well actually make it larger in appearance. At the same time sleeping at this angle could actually stretch the skin on the chin leading it to appearing saggier as you grow older.

Instead the far better option is to work on general cardiovascular exercises. These include running, swimming, cycling and shadow boxing among others. Do these at least three times a week and include at least one session of weight training. Resistance training of this kind is actually one of the very best fat burners though many people don抰 think of it as such. The reason being that it not only burns fat at the time, but also encourages the body to burn more fat in order to maintain the muscle and to produce more positive weight loss hormones such as testosterone and growth hormone. In short it triggers the body to improve its anabolic and catabolic processes and can truly kick start your weight loss. And don抰 worry too much about getting buff when you don抰 want to ?you just simply stop when you抮e happy with your physique (it抯 perplexing when so many people don抰 start training because they don抰 want to look like strong men when they抮e currently very far from needing to worry about that). In this way then every exercise is a double chin exercise.

At the same time you need to couple this exercise with a diet focussed on weight loss. This should include all of the normal elements of your diet and not attempt to completely rule out fats or carbs as these are actually essential too. Instead you should simply make sure that the ratio of your food intake favours lean proteins, vitamins and minerals and fibre. Make sure you eat less of everything in that healthy proportion and make other small alterations such as keeping the sugar out of your tea and the butter off of your bread.

Once you抳e burned enough fat, even if you抮e chin is the last place it disappears from you will eventually manage to get your chin and neck looking thin and defined once again. Continue your current training and diet plan to make sure it stays that way and reap the other benefits of your improved fitness at the same time.

However if you抳e done all this and your chin is still looking saggy then you may be suffering from loose skin following your fat loss. In this scenario a double chin exercise could come in handy and you might want to try slapping and massaging the skin in that area to encourage blood flow around there and thus improve elasticity. At the same time try moisturising creams and vitamin E creams to try and rejuvenate the skin there.

Losing weight is one of those difficult and irritating pursuits, made harder for the fact that you always lose it in the places you don抰 need to. Too often women with a spare tyre round the stomach will find themselves becoming flat chested while losing nothing off their tummy, while a lot of guys will see their arms get thinner while their man-breasts stay the same. The simple and harsh truth then is that there is no silver bullet and the only way to lose that double chin is to work out and train until it is gone. 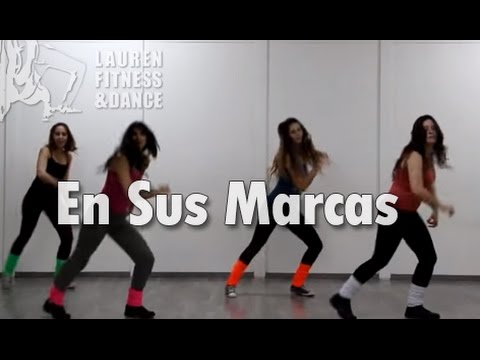 DON'T MISS
Why Herbal Weight Loss Is A Highly Effective And Natural Diet
Marketing of Hoodia Supplements
Eat What You Want On This Fat Loss Plan
Weight Loss Essentials
Weight Loss With Palm Springs Diet
Slimming Down — Ways of Tackle This important Problem
Fitness and Healthy Eating Guide!
Subliminal Technology And Commanding The Subconscious Mind
Diet Plans for Weight Control
To Burn Fat Belly - Shift The Calories That Will Induce The Melting Of Fat

The Trick To Stop Hating Your Body