Some people believe that red wine has some special properties which can, when drunk in small quantities, improve your health. Now Swiss scientists at the Ecole Polytechnique Federale de Lausanne in Switzerland have managed to extract a compound from red wine which they say can prevent weight gain from occurring, even when subjects consume more calories and exercise less.

There really could be a perfect diet pill on the market soon! It is every dieters dream to be able to lose weight without actually having to adjust their lifestyle.

So far the tests have only been carried out on mice, but studies have suggested that the red wine compounds help to control insulin disorders, and to reduce weight.

The drug is called SRT1720. It tricks the body into thinking food is scarce and it has to burn off fat to survive.This is the same process that people induce by going on a starvation diet, i.e. ketosis, and is similar to lipolysis, which is the metabolic condition triggered when carbohydrates are depleted.

This latest research comes from the US firm Sirtris. The drug exploits the healthy qualities of resveratrol, a chemical found in grape skins. Previous studies have shown that resveratrol can reduce the effects of old age, and lessen risk of heart disease, cancer, obesity and Alzheimer’s disease.

‘These results show that new synthetic SIRT1 activators can reproduce the positive metabolic effects that were previously demonstrated using resveratrol. But unlike resveratrol, these new chemical entities target only the SIRT1 pathway, making them more selective and potent for achieving these metabolic benefits. The drug, which is around seven years from the market, is likely to be used to treat obesity and diabetes.” Professor Johan Auwerx, of the Ecole Polytechnique Federale

A word of caution

A word of caution came from Prof Ian Broom, an obesity expert from Robert Gordon University in Aberdeen. Although such a drug would be of great value to many people, currently there has been insufficient research to determine if this drug can work on humans, and if it can, whether or not there will be any side effects.

Summary
The NAD+-dependent deacetylase SIRT1 controls metabolic processes in response to low nutrient availability. We report the metabolic phenotype of mice treated with SRT1720, a specific and potent synthetic activator of SIRT1 that is devoid of direct action on AMPK. SRT1720 administration robustly enhances endurance running performance and strongly protects from diet-induced obesity and insulin resistance by enhancing oxidative metabolism in skeletal muscle, liver, and brown adipose tissue. These metabolic effects of SRT1720 are mediated by the induction of a genetic network controlling fatty acid oxidation through a multifaceted mechanism that involves the direct deacetylation of PGC-1α, FOXO1, and p53 and the indirect stimulation of AMPK signaling through a global metabolic adaptation mimicking low energy levels. Combined with our previous work on resveratrol, the current study further validates SIRT1 as a target for the treatment of metabolic disorders and characterizes the mechanisms underlying the therapeutic potential of SIRT1 activation. 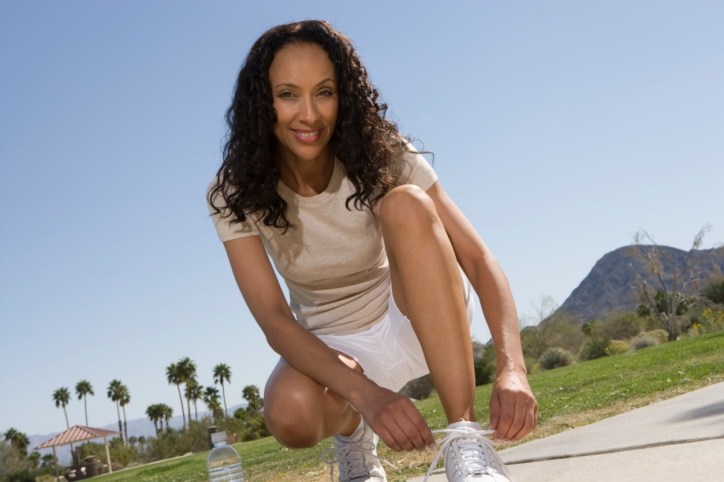 DON'T MISS
Losing Weight? Frustrated? Here’s How To Start
How to Lose Weight Fast Without Starving Yourself
Will a Gym Membership Help You Lose Weight?
How To Perform Stomach Exercises In A Swimming Pool
Anorexia Nervosa- An Eating Disorder!
Diets That Work
Diet vs. Exercise: Which Is Better?
Four Principal Features of the LAP-BAND?System
Emotional Eating Help: Finding Things to do INSTEAD of Eating
The Weight Watchers Plan A Philosophy Developed Over More Than 40 Years

How to feel less full after a big meal

How to use ginseng for weight loss