A new study finds that children who sleep more may eat fewer calories and put on less weight, strengthening the idea that obesity risk and and lack of sleep are linked.

Led by the Center for Obesity Research and Education (CORE) at Temple University in Philadelphia, PA, the study is thought to be the first to look at the effect of sleep on children's eating behaviors by manipulating their sleep time.

A report on the study is scheduled to appear in a forthcoming issue of Pediatrics.

"Findings from this study suggest that enhancing school-age children's sleep at night could have important implications for prevention and treatment of obesity."

The researchers enrolled 37 children aged from 8 to 11, among whom 27% were overweight or obese, to take part in the 3-week study.

The children were weighed and asked about what they ate during the study period. They also had tests to measure fasting levels of leptin, a hormone that regulates hunger and is closely linked to body fat.

The results show that compared with the week of reduced sleep, for the week when the children slept more, they reported consuming an average of 134 fewer calories per day. They also weighed half a pound less and had lower levels of leptin.

Prof. Hart says while these are still early results, the intervention looks promising and:

"The potential role of sleep should be further explored."

The team is now planning to undertake a study sponsored by the NIH's National Heart Lung and Blood Institute to see if getting kids to sleep more leads to significant changes in eating, activity and weight.

Other studies have also suggested links between children's sleep patterns and weight gain. For example, in 2011, researchers in New Zealand reported in the BMJ that they found lack of sleep in young children was linked to obesity.

Earlier this year, US researchers writing in the Proceedings of the National Academy of Sciences also suggested lack of sleep in adults is linked to weight gain.

"Given all of its documented benefits, in many ways, you can't lose in promoting a good night's sleep." 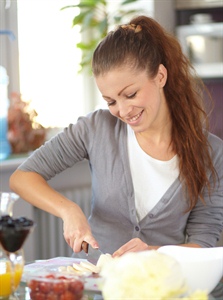 DON'T MISS
Weight Loss Goals - Five Common Misstakes When It Comes To Weight Loss
Best Fat Loss Plan & the 5 Fitness Components
Common Myths About Exercise
How To Overcome Your Weight Loss Plateau
Seniors: Add this to your diet for optimal health
Apple Cider Vinegar: 101 Things It’s Good For
The Odd Drink Can Help You to Lose Weight
An Overview of The South Beach Diet
Successful Techniques To Aid With Panic Attacks
Clear-cut Instructions of Nutrition and Extra kilos Decline

Take Care of Doses while Taking Medications or Supplements

5 Myths and Facts about Weight-Loss Supplements

How A Celebrity Yogi Overcame Years Of Thyroid Issues