The French Diet - Eat, Drink, and be Thin

French women are known for being beautiful, sexy and slim. Women in France walk around in mini skirts looking graceful and lean all while enjoying the greatest pleasures in life. They eat full fat dairy, butter, real cheese, desserts, red meats, pastas, gourmet breads and top it off with a glass of wine or champagne, yet they continue to have a very low obesity rate - especially when compared to that of North America.

There are a few differences between French women and North American women, but it's nothing you can't adapt to your own life. By taking a few tips from the French, you will slim down, and it will seem more like heaven in the process than hell.

A lot of diets that we are presented with today brainwash us into thinking that there are "bad" foods and "good" foods. Well, this may be true, but pasta and olive oil are defiantly not on the bad foods list! Diets like this have given Americans the impression that food is bad, so there is a lot of guilt present while we are eating. We tend to feel virtuous if we go all day with only a few bites, or we haven't eaten carbs in a week. But the truth is, if you deprive yourself like this, you are only going to end up binging, and ruining your diet along with your self confidence. If you want to eat (and look) like a French woman, you can forget about low carb and low fat. French women basically eat anything they want, but they steer clear from one truly bad food group - anything deep fried or processed. They also drink a lot of water with and between meals, which helps you feel full longer, and flushes toxins out of your body which will reduce a bloated look.

A basic diet of a French woman focuses around three main meals each day. French women don't snack much, but when they do eat, they always eat well. Breakfast will consist of fruit with either full fat yogurt or a croissant and a latte. Lunch will be some meat with a vegetable or salad (don't forget the cheese and croutons!) along with a small cup of strong coffee and a glass of wine to compliment what you are eating. Dinner will be something like cheese, bread, meat and a vegetable, often followed by dessert and of course, wine. It may seem strange that someone could eat all these foods and still manage to stay slim, but the real secret is that French women listen to their bodies when they feel full. A croissant or muffin in America is about twice the size of one in France. The three course meals they love to cook and dine on might seem more like a bunch of little side dishes to an American. They also never drink to an excess. While it is trendy for North American girls to go out to "get drunk", a French woman would never dream of doing such a thing. Besides the fact that drinking excess alcohol packs in a lot of calories, they feel that appearing drunk in public is degrading, and they think of alcohol as a compliment for food. They always eat slowly and never eat in front of the T.V. or while reading, because they insist that this will make you overeat.

French women don't like to visit the gym either. Instead of sweating away for hours at the gym, they like to walk everywhere they go. They prefer to walk from store to store picking up nice food for dinner. They also don't tend to watch a lot of television. They might go for a walk or swim after dinner instead. Another great slimming tip from French women is they love to make love. So after having a nice dinner of bread (a tiny bit), filet mignon (about the size of your palm) and red wine (only a glass or two!), have a roll in the hay with your lover instead of watching the next episode of Sex and the City. You'll burn calories, rekindle the romance and resist the temptation of snacking while sitting around being bored.

This way of eating is not the traditional way an American thinks of a diet. Don't try to shed 20 pounds in one month. This is unrealistic, difficult and hard to keep off. This way of eating will give you a new way to look at food, and it is something you can keep up you're whole life, since it doesn't deprive you of anything. The pounds will come off soon enough if you watch your portions and start walking. And besides, the South Beach Diet may take off the pounds in a month, but it's sure going to feel like a lot longer than that. 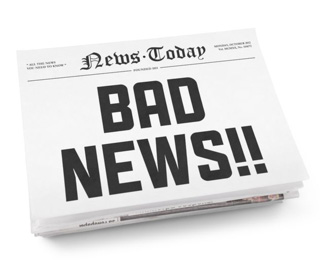 DON'T MISS
Science Behind Weight Loss By Dancing
How to Get a Flat Stomach by Eating
Choosing the Best Weight Loss Diet Plan
The Health Benefits of Coconut Oil
The Psychology Of Weight Loss
Lose Weight Plan: The Best Way to Lose Weight
Green Tea The Natural Way To Lose Weight
Weight Loss Program: How To Choose The Best One?
Were Too Fat
Do You Expect To See a Good or a Bad Fat Loss 4 Idiots Review?

Ways to Burn your Belly Fat

New And Fascinating Tips About Fitness And Health