Lose Body Fat ?揧o-Yo Dieting?Might Have Nothing to do with Your Will-Power

Are you a person who finds yourself in the midst of "losing weight" more often than enjoying it being gone? Do you drop between 10 to 50 pounds from your frame only to find those pounds sneaking back on like hobos hopping an early morning freight train? You're obviously not alone in this dilemma. And the good news; it might not be a reflection of a lack of discipline that has your fat loss resembling the perpetual motions of a working yo-yo.

Human motivation is often a perplexing phenomenon. It obviously varies among individuals and has varying degrees at different times within the same individual. Most of us have felt the peculiarity of being motivated to take action in certain contexts of our lives while suffering an avoidance of action in areas that need our attention. Much of the reason for this is connected to our contextualized values.

But motivation has even subtler nuances. Its basic catalyst boils down to the dual human needs of avoiding pain and gaining pleasure. This makes each of us either a predominantly "push" or "pull" person in regard to what motivates us to improve the circumstances of our lives. The theory, in fact, is that moving away from what's perceived as painful is what gets us started toward positive change and moving toward what's perceived as pleasurable is what sustains our momentum. With a unique ratio of this balance within each of us (different in every context), it becomes plain to see how motivation surges and wanes.

Every one of us is at least slightly and initially more motivated by the prospect of pain than pleasure. This is why mainstream news is dominated by negative stories. It's been said that if a newspaper carried a front-page headline stating "It will be a Beautiful, Sunny Day Tomorrow", the headline would be ignored by passersby and the paper wouldn't sell. We can readily predict what will happen if the same newspaper prints a front-page headline stating "There's a Violent and Terrible Storm Coming"; it will fly off the newsstand.

But what happens when our motivation becomes driven almost solely by the need to move away from perceived pain? Moreover, what can occur when this "driver" of motivation becomes wedged in our subconscious as part of our self-image? The answer: Our success in much of what we undertake becomes a perpetual rollercoaster ride of short-lived positive results followed by a subconscious "need" to undo what we've created. This is often the underlying reason for constantly fluctuating results in business, relationships, personal development, and yes; fat loss and body improvement.

If moving away from what we don't want is almost exclusively what motivates us, then what's left to do when we've successfully distanced ourselves from discomfort? In the case of fat loss, it's to subconsciously and nearly imperceptibly allow the fat to creep back on. Why not ?the most tangible pleasure came from the fleshly indulgences of gaining it. The most overtly abstract pleasure arose out of receiving compliments from other people while losing it. What a combination; gaining and losing body fat becomes a package deal with the best pleasures of both worlds. How can one resist becoming addicted to the entire rollercoaster ride?

This can even be fun for a while. But it also gets taxing on the body and it can take its toll on the psyche. The latter becomes especially so if a person begins to believe they're "weak" for not keeping the fat off indefinitely. What we mistakenly label as weakness in our willpower might only be the acute manifestation of personal motivation that's chronically catalyzed by an above average desire to move away from perceived pain.

I've seen this phenomenon in the world of commerce. A guy I know experienced a roller coaster of up and down results in his sole proprietorship business. The top of his subconscious comfort zone was when his personal income would reach about $60,000 annually. The bottom of that comfort zone was when he'd eke out $20,000 for the year. After he'd peak at sixty thousand, he would begin to unconsciously sabotage his momentous efforts until he was back down to barely treading water with twenty grand. Then he'd start working his way back up again. This pattern was ongoing until he finally underwent an intervention (NLP) that opened the upper limit of his comfort zone and shifted his motivation to a predominantly 憁oving-toward' orientation.

Is this positive self-programming or the signs of a strong "moving-toward" motivation catalyst? It might be a bit of both. At any rate, the man was always in excellent physical shape.

If you're a person who's succumbed to the tendency to ride the rollercoaster ride of "yo-yo dieting", withhold from concluding that your will-power is weak. Instead, take a close look at the subconscious reasons you have for shedding the fat. Are you influenced by a deep need to flee from pain? Does the pain of carrying too much body fat finally get you moving in the right direction? Most importantly, do you find yourself devoid of reasons to carry on with improved eating habits once you've put that painful state so far in the rear-view mirror that you can no longer see it?

If you answered yes to these questions, it's probably time to stop mentally beating yourself up for inadequate will-power and start examining your motivation patterns. If it appears that you're moving away from something unappealing more than moving toward a better you, a vacuum is possibly being created that no amount of will-power can overcome. 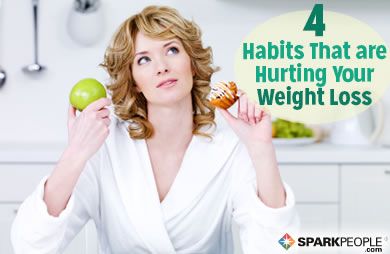 DON'T MISS
I Need to Lose Weight and Fast, Should I Try a Juice or Detox Diet?
How To Diet Healthily
Take These Tips To Lose Weight Today
Chilli Peppers: Reduce Your Cholesterol Levels And Lose Weight With The Capsicum
Dieting Mistakes 5 Easy Tips To Avoid Disaster
Weight Loss Techniques - How To Lose Weight In 2 Days
Liberate Your Set Esteem And Lose Weight
Free Tips To Have Six Pack Abs Fast - Keep Fit And In Good Health
Do Black Celebs Promoting Weight Loss Encourage Us?
How To Get Belly Fat Eliminated

Ways in which Social Media can help you lose weight

If there’s someone you don’t want to listen to, it’s these doctors

5 Signs You Need A Yoga Retreat

Tips For Weight Loss That Can Slim You Down