You know how this one goes: You decide it's time to lose that spare tyre or muffin top.

Inspired by an article in the newspaper or the buzz on TV about the newest sure-fire weight loss plan, you buy the book, hit the shops to make sure you've go the supplies you'll need, and if you're really good, you even clean the 'illegals' out of your fridge or pantry.

If you've done this routine before, you might have a little splurge of 'illegals' as a last hurrah before the diet begins, because after all, it will be weeks before you can have that food again!

And the next day, you wake determined that this diet will be the one that finally works. You carefully read the book for the day 1 breakfast, and follow it to the letter. Then you pack your lunch and any allowed snacks, and set off confident that you're strong and committed, you can see and feel how you'll be without the muffin top!

All day your focus strong, and you're happy your legal snack was organised when the afternoon munchies hit! And the next step is carefully measuring portions or comparing swaps for dinner. You go to sleep pleased that you made it through day 1.

Day 2 dawns and maybe the breakfast is something that you're not really fond of, but you eat it anyway because you're still tuned into life after the muffin top! And today goes much like yesterday; at dinner time you're still feeling pretty pleased with your will power and commitment.

Day 3 arrives. You follow the routine of the last two days but by morning tea time all you can think about is the snack box at reception, or your favourite choccie. You're not hungry, you just can't stop that little image coming into your head. The feeling of virtue doesn't feel quite as powerful when it's measured on the chocolate meter. But you white-knuckle it through the day.

After dinner is when the trouble really hits. Those food ads on TV that you normally tune out start to seem really colorful. Could that possibly be the most interesting thing you've seen all day? What's wrong with you? It's not like you're hungry, and you never usually eat dessert. Could you have left behind some crumbs of today's calories or carbs or swaps? What if you borrowed some from tomorrow?

Well if you had any willpower at all, this wouldn't be an issue, you tell yourself. Just another indication of how weak you really are, no wonder you've got that muffin top!

Let's take a look at what's really going on in your body, based on 60 year old research that's never been duplicated because of the cruelty of it; but is nevertheless based in solid science.

It's called the Minnesota Starvation Study and was conducted over a year at the University of Minnesota in the USA, in 1944-45.

Why would anyone need to study the effects of starvation? Coming out of WW2, the Allies were very aware that many of Europe's people were starving, and had been for many months if not years. The study's aim was to find the best way to re-feed these starving people so they could return to good health in the shortest time possible.

As there was no handy population of starving people in the US the research team created one from hand-picked young men who were strong, healthy, fit, intelligent and psychologically robust. The team studied every part of the men's bodies and minds for three full months so there was nothing about these men that the researchers didn't know.

And then they cut the calories to starvation levels: 1560 per day for the next six months, to reduce the men's body weight by 25%. Yes you might be shocked that that many calories were regarded as starvation, as I was when I first read this study.

What was more interesting is what happened to the men's thought patterns and emotional health over the first days of the study. They started to think about food non-stop. They developed bizarre food rituals, such as cutting their food up into very small bits, eating slowly, eating off smaller plates: all to fool themselves into thinking they were eating enough. They hid food to eat later, talked about food all the time, and as the study wore on, they even lost interest in sex. Pinup girls disappeared and pictures of food took their place; they collected food preparation implements, recipe books and anything else related to food, and all they talked about was food.

The physical side effects were horrifying: mysterious skin complaints appeared, sleep was disturbed, energy flagged, their idealism disappeared, emotional problems erupted (two even became psychotic) and they become very anti-social. Most worryingly, their hearts became weaker and other organs were also negatively affected.

After six months of starving, refeeding began and a whole raft of other changes were observed, including a really fast rebound weight gain that quickly took them 10% over their previous weight. It took about six months of unrestricted eating before most of the men reported that they felt more like themselves again, and were able to resume their lives easily.

So, don't be hard on yourself when you start to restrict your calorie intake. Every cell of your body will become laser-focussed on survival and I'm sorry to tell you, will-power just doesn't stand a chance.

The only way to really get the body you want, is to love, nurture, and respect the one you have, show it gratitude, feed it good quality food and give it regular gentle exercise. Then watch it respond to that love and positive attention in a whole new way that will surprise and delight you! 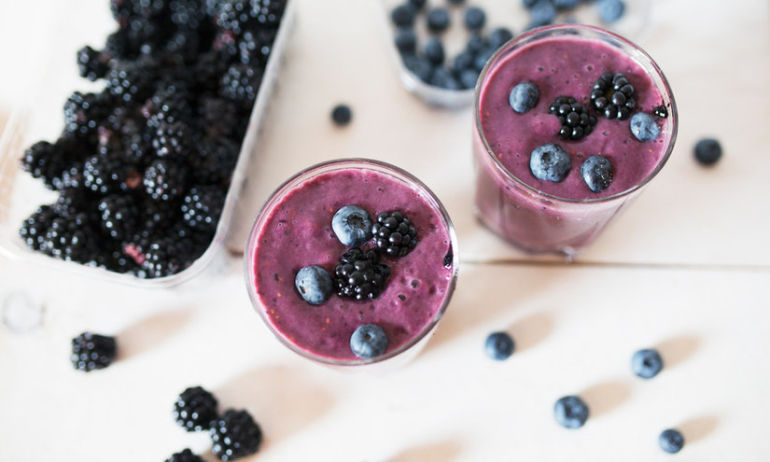 Things Not to Say to Someone Trying to Lose Weight

5 Chemicals That Make You Gain Weight