Gastric Bypass Surgery - Do You Know The Risks?


Ten years ago about 20,000 weight-loss operations were being performed in the US each year. This year that figure is estimated to reach an unbelievable 200,000.

For these people the usual remedy of diet combined with exercise simply doesn't work and they are turning increasingly towards gastric bypass surgery.

The usual form of gastric bypass surgery nowadays is a procedure known as Roux-en-Y which creates a pouch in the stomach, using a section of the stomach itself, that is then attached directly to the small intestine, bypassing a large portion of both the stomach and the duodenum. treatment to hold large quantities of food but, having bypassed the duodenum, fat absorption is also substantially reduced.

The growing popularity of Roux-en-Y gastric bypass surgery, helped by such things as its use by a host of high-profile celebrities, expanding coverage by Medicare and some aggressive marketing, has led to an increase in the number of medical facilities providing the procedure. Several of these centers are better than others and a small number are perhaps a little too preoccupied with the profit to be made from providing gastric bypass surgery. In turn, this presents a growing danger for those contemplating surgery.

The results of surgery can be impressive, not only in terms of the weight loss seen but also in terms of the dramatic improvement that can be made to the patients overall quality of life. Nevertheless, gastric bypass surgery is a major surgical procedure and is certainly not suitable for everybody and is not risk free.

But just what are the risks involved?

The risks of gastric bypass surgery will clearly vary from person to person and anybody contemplating surgery should consult a doctor to find out the risks that surgery carries in their specific case. Here however, in general terms, are just some of risks more commonly associated with gastric bypass surgery:

Death. As is the case with any major surgical procedure there is a risk of death associated with gastric bypass surgery and estimates put the short-term risk at about one or two percent. The risk varies with general health, other medical conditions and age.

Pneumonia. Being excessively overweight puts extra stress on the chest cavity and lungs. This creates an additional risk of contracting pneumonia after surgery.

Narrowing of the opening between the stomach and small intestine. Although rarely seen, this complication may require either an outpatient procedure in which a tube is passed through your mouth to widen the narrowed opening or surgical correction of the problem.

Blood clots forming in the legs. The risk of blood clots occurring in the legs is most commonly seen in the case of very overweight patients and, when blood clots do form, the situation can be dangerous. From time to time blood clots travel to the lungs where they lodge themselves in the lung's arteries producing a pulmonary embolism - a serious and life-threatening condition that damages the lung tissue.

Gastric bypass surgery can also cause dumping syndrome, a condition where the stomach contents move too quickly through the small intestine causing diarrhoea, sweating, nausea, vomiting and dizziness.

Advances in surgery are making gastric bypass surgery safer by the day and the arrival of laparoscopic surgery and robots, now being evaluated at Stanford University Medical Center in California, are also lowering the number of post-operative complications and assisting with patient recovery.

In spite of the risks for each problem case there are a thousand cases of thinner and happier people walking around. So, if you are contemplating gastric bypass surgery talk to your doctor and, while you should certainly consider the risks, don't rule out the procedure simply because of them. 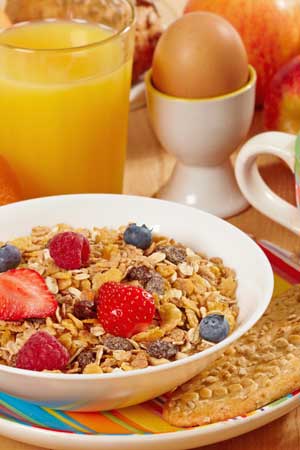 DON'T MISS
The dubious practice of detox
Teen Advice On Weight Loss Success
The Benefits of Boxing Training for Supreme Fitness
Tired Of Making The Excuse It Must Be The Weighing Scales! Read This Article...
Lose Weight And Stay Healthy With These Tips
Hoodia Gordonii Diet Pills: Natural Way to Lose Weight
Weight Loss Diets Tips That Help You Lose Weight
Low Fat Diets Dont Make You Fat
Get That Perfect 10 Body With Weight Loss Affirmations
Weight Loss The Vital Role Of Your Unconscious Mind

Losing Weight Doesn’t Have To Be A Battle